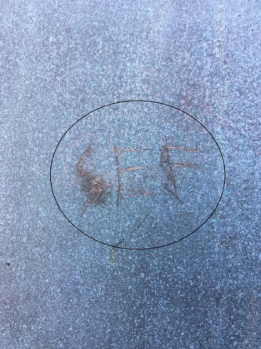 The National Park Service is searching for the vandals who carved letters into the Cape Hatteras Lighthouse. NPS photo 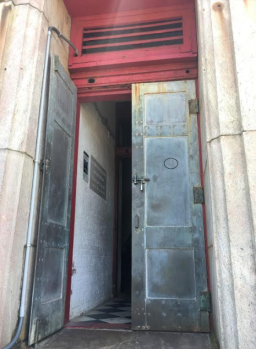 The National Park Service is searching for the vandals who carved letters into the Cape Hatteras Lighthouse. NPS photo

The National Park Service is looking for the vandals who carved the letters “SEF” into the historic Cape Hatteras Lighthouse.

The letters were carved into the original bronze door that opens up to the tallest brick lighthouse in the United States. The park service does not know what the letters stand for, or who may be behind the damage, NPS spokesman Mike Barber said.

Vandalism to the historic lighthouses and other structures on the Outer Banks is rare, he said. Defacing the lighthouse, which is owned by the park service and listed on the National Historic Landmark, is a federal crime.

The lighthouse was completed in 1870 and has stood watch over the treacherous coast off Hatteras Island ever since. In 1999, it was moved from its original spot 2,900 feet away from the ocean to protect it from the ravages of the sea.

“Many residents of Hatteras Island have served as lighthouse keepers in the 1800s and 1900s, taking care of the this iconic structure and helping to protect mariners off the coast,” said David Hallac, superintendent for the NPS in eastern North Carolina. “It is important that we treat the lighthouse with respect to honor the structure itself and the legacy of those that served in it.”