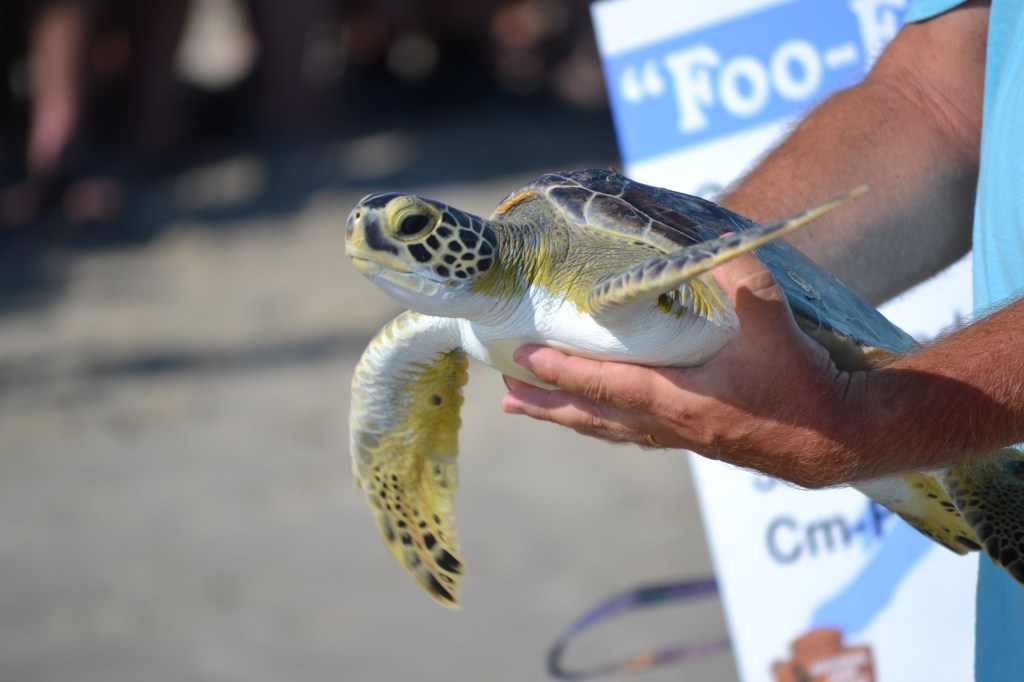 The Sea Turtle Assistance and Rehabilitation (STAR) Center, alongside the Network for Endangered Sea Turtles (NEST) and the National Park Service will release nine rehabilitated sea turtles at 8:30 a.m. on Wednesday, June 20 at the Coquina Beach public access of the Cape Hatteras National Seashore.

Five green sea turtles, three Kemp’s ridley, and one loggerhead will be released. All of the sea turtles were rehabilitated at the STAR Center, located at the North Carolina Aquarium on Roanoke Island. Eight of the turtles were admitted with symptoms from cold-stunning. The ninth, a loggerhead, suffered injuries from a shark bite. All have been approved for the release by the NC Aquariums veterinary staff.

The STAR Center and the NC Aquarium on Roanoke Island would like to thank NEST volunteers and the cooperation of the NPS for efforts in recovering and transporting the turtles, and for helping to organize the beach release. The Coquina Beach public access area is located on NC  12 across from the Bodie Island Lighthouse.

All attendees are asked to respect the rope lines to ensure a safe and healthy release for the turtles.