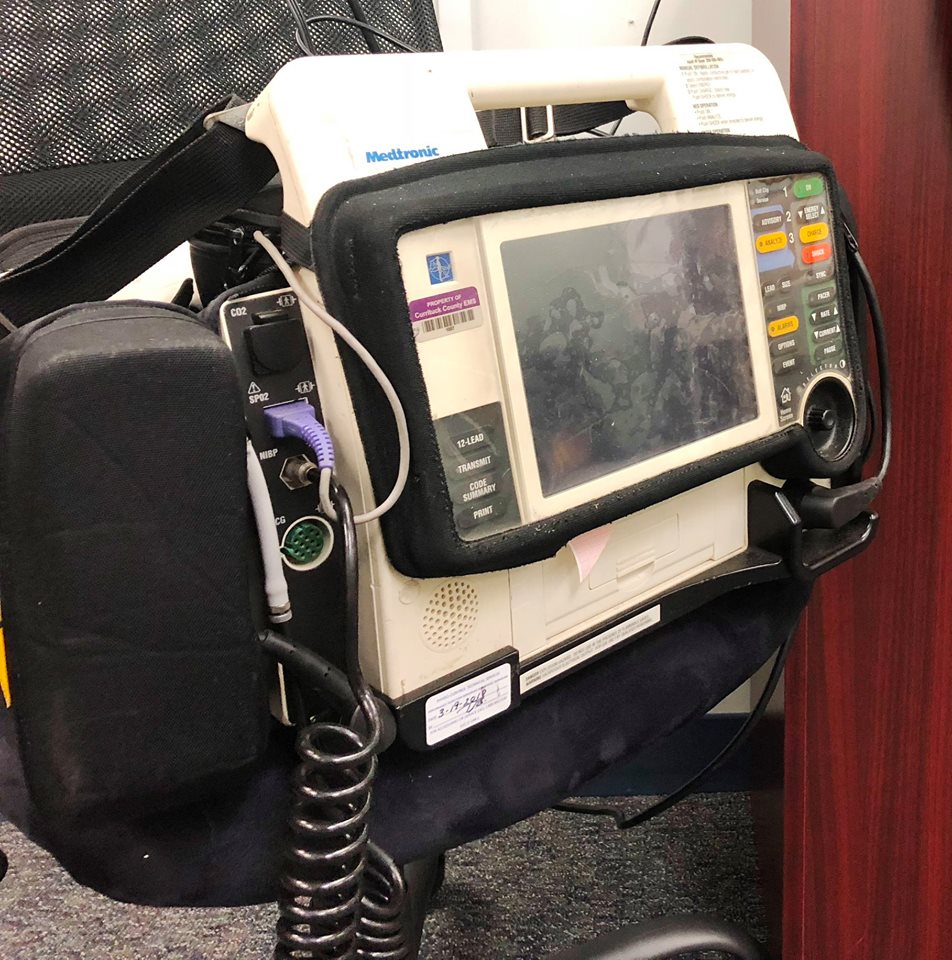 COROLLA – On Wednesday, June 20 at 11 a.m., Currituck County Fire and EMS responded to a report of a 54-year-old man in cardiac arrest on the beach strand.

When crews arrived, Corolla Beach Rescue life guards were performing CPR and had delivered one shock from their A.E.D. and CPR was also being performed by family members.

A newly-deployed duel-role firefighter/paramedic, working from a responding fire engine, immediately started advanced life support treatment on the patient while still on the beach. Following 15 minutes of resuscitation, the patient’s pulses returned. Shortly thereafter, he was airlifted to Sentara Norfolk General Hospital by Nightingale Air Ambulance. The patient’s condition has steadily improved and he is expected to be discharged from the hospital within the next few days, Currituck officials said in a news release.

The incident was the first time the newly-formed Currituck County firefighter/paramedics have used advanced life support equipment carried on the fire apparatus to save a life.

According to the American Heart Association the key to the chain of survival from sudden cardiac arrest is bystander CPR, early defibrillation and initiation of advanced life support. This patient received all three elements within the first six minutes of the 911 call.