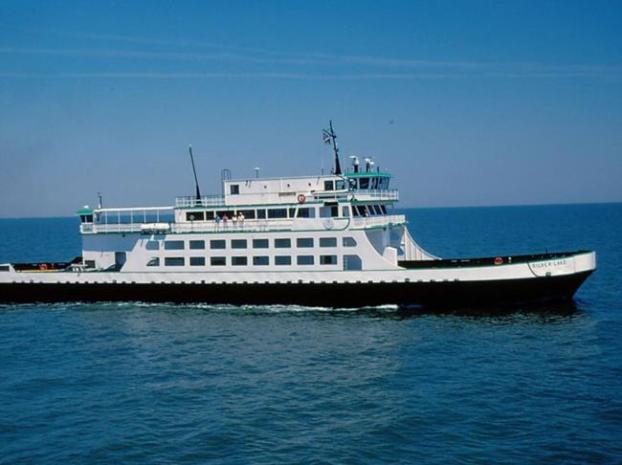 As they were preparing for an afternoon departure Friday from Cedar Island to Ocracoke, crew members from the NC Ferry Division’s M/V Silver Lake noticed something amiss in Pamlico Sound.

Looking through binoculars, they saw a man in an inflatable raft struggling to paddle back to shore against strong winds.

The man was being pushed further into the sound. Without hesitation, Capt. Thomas Mercer ordered the Silver Lake to leave and head toward the man’s raft. Crew members arrived quickly and pulled the exhausted man aboard the ferry.

“The crew of the Silver Lake displayed quick thinking and action to prevent a potential tragedy,” said Ferry Division Director Harold Thomas. “Our crews are well-trained to assist anyone needing help out on the open water, and this is a perfect example of that training paying off.”

After determining the man did not need medical assistance, Mercer and his crew delivered the paddler and his raft back to Cedar Island so workers at the Cedar Island terminal could return the man to the nearby campground where he was staying.

This marks the second time in three months that ferry crews have rescued someone in distress. On April 21, the crew of the M/V Fort Fisher rescued a kiteboarder on the Cape Fear River after he became tangled in a navigational aid and was struggling to swim to shore.

No veteran in Currituck County should have to fight with the Veteran’s Administration for services. That’s the idea behind a... read more