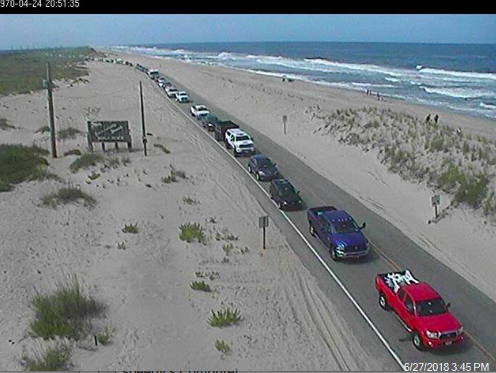 NC 12 in Rodanthe is closed in both directions for a serious crash. Photo courtesy NCDOT

NC 12 has reopened after being closed for about an hour  near Corbina Drive in Rodanthe for a serious wreck, NCDOT reports.

Details on the number of vehicles and injuries were not immediately available.

NCDOT officials said they hoped to have the road reopened by 6 p.m., but traffic moving again around 4:30 p.m. Transportation officials said motorists could expect some residual delays.