Editor’s column: ‘We are putting out a damn paper tomorrow’ 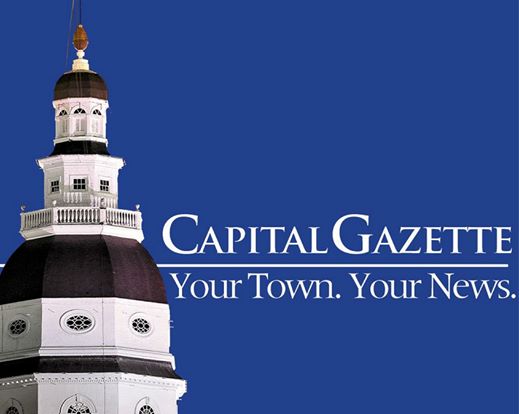 It was years ago when I visited the newsroom at the Capital Gazette in Annapolis, late in the afternoon on a July 3. Government workers and 9-to-5ers in Maryland’s capital town were long gone for the day, headed east over the Bay Bridge for holiday weekends.

The newsroom, though, was full and humming with purpose, as always. Reporters cranking out stories for the next day’s editions, editors sighing over typos, photographers picking the best images to illustrate a slice of life in the city.

It could have been any newsroom at any community paper in the country.

“I’m in no position to speak, just know @capgaznews reporters and editors give all they have every day,” Jimmy DeButts, an editor at the Gazette, posted to Twitter hours after five of his colleagues were gunned down Thursday. “There are no 40-hour weeks, no big paydays – just a passion for telling stories from our community.”

Community newspapers are full of underpaid and overworked staffers who could easily go do something less stressful and more lucrative. But they don’t, because journalism isn’t really a job, it’s a calling.

So it didn’t surprise any of us when the Gazette sent out this tweet late Thursday: “We are putting out a damn paper tomorrow.”

And so they did, covering the massacre of their own coworkers:

On national news Thursday night, Annapolis city officials and law-enforcement officers said many times over that the victims were colleagues to them, too.

“We have a responsibility to these victims. We are deeply saddened by what happened today,” said Anne Arundel County acting police chief William Krampf, noting they weren’t strangers, but people his department interacted with daily.

And that’s the thing about local newspapers. Once the national news cameras are gone, the local journalists remain, covering the city council meetings, youth sports, car crashes and burglaries, 100th birthdays and school classrooms – the tragedies and triumphs of the communities they’re part of.

“Please understand, we do all this to serve our community,” Gazette editor Jimmy DeButts tweeted.

“That is our mission. Will always be.”

Kari Pugh is the editor of the Coastland Times.