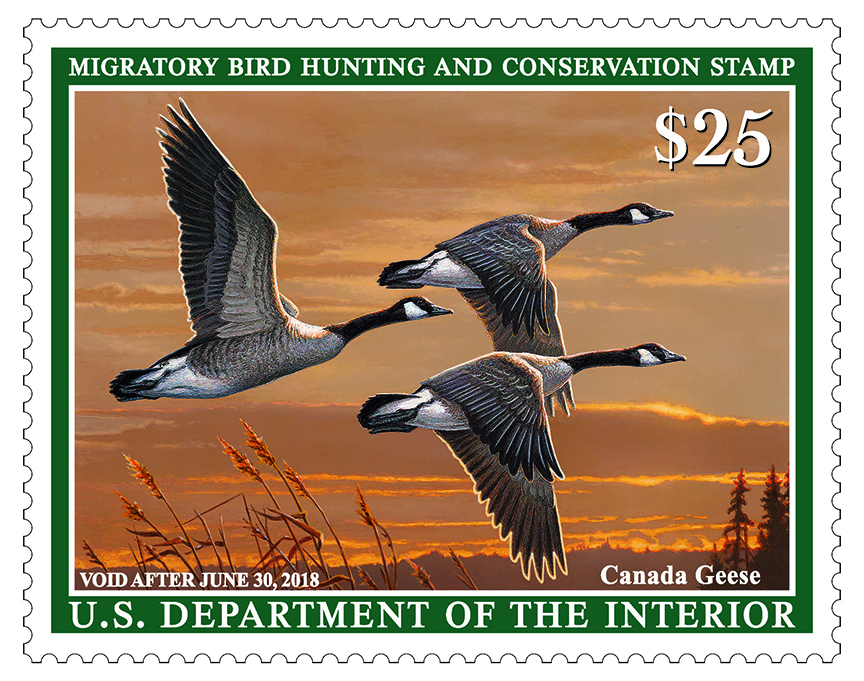 Purchased by millions of waterfowl hunters, wildlife enthusiasts and collectors every year, duck stamps help raise money to purchase and protect wetlands for ducks, geese and other wildlife species.

“Duck stamps are one of the traditional ways hunters and others invest in wetland and waterfowl conservation,” said Ducks Unlimited CEO Dale Hall. “We encourage everyone, whether they hunt waterfowl or not, to buy one or more duck stamps to help conserve our precious wetland resources.”

Hall also said, “The federal duck stamp is a powerful tool for conservation in the United States. Every year the program raises more than $38 million used to purchase and protect wetlands in the National Wildlife Refuge System. These habitats benefit waterfowl and numerous other species of wildlife. It’s an incredibly successful program we should support and be proud of.”

The artwork for the 2018-2019 stamp was created by Bob Hautman, an artist from Delano, Minn. His painting features a pair of mallards. This is Hautman’s third federal duck stamp contest win. His art previously appeared on the 1997-1998 and 2001-2002 federal duck stamps.

This year’s junior duck stamp features an acrylic painting of an emperor goose, painted by Rayen Kang of John’s Creek, Georgie. More than 3,000 junior duck stamps are sold annually for $5 each to help promote conservation education through art.

The duck stamp, also known as the Migratory Bird Hunting and Conservation Stamp, dates back to 1934. Since then, the program has raised more than $1 billion to help acquire and protect more than 6 million acres of habitat in the National Wildlife Refuge System.

Electronic versions of the duck stamp can also be purchased online. Visit fws.gov/birds/news.