Pilot died ‘doing what he loved most’ 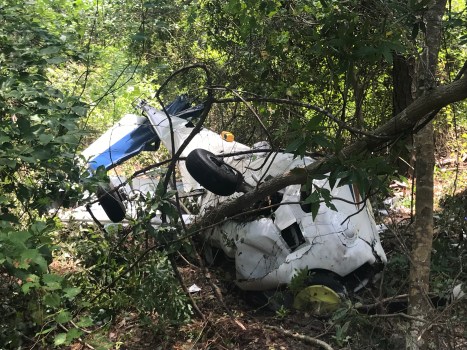 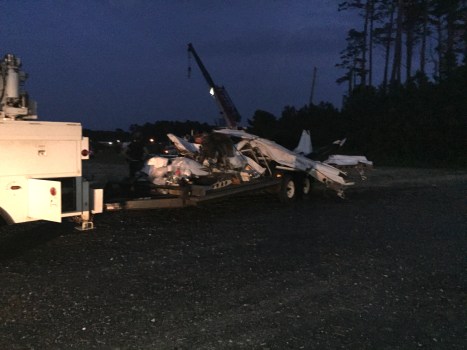 Crews haul away the remains of the 1968 Cessna pilot Daniel Morgan Lane was flying when he crashed near the Dare County Airport on Wednesday morning. Photo courtesy Dakota Payne 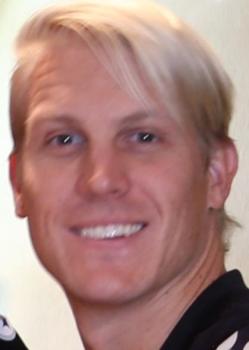 The Dare County Airport Authority is discussing the safety of banner planes in the aftermath of Wednesday’s deadly aircraft crash off Etheridge Drive in Manteo.

A small airplane, piloted by 35-year-old Daniel Morgan Lane, went down shortly after take off from the Dare County Airport around 10:30 a.m., authorities said. Lane was circling around to pick up a pull-behind banner when the crash occurred.

As the plane attached to the banner and Lane gained altitude, the banner became entangled in a tree and the plane was pulled to the ground off Etheridge Road near the UPS center, said NC Highway Patrol 1st Sgt. Michael Baker.

At least one person witnessed the plane go down, and passersby rushed into the woods to help, one with a machete to cut their way through the brush, said Chief T.J. Jones of the Roanoke Island Volunteer Fire Department.

The aircraft was tangled in trees and underbrush, and the pilot was trapped in the wreckage. Fire crews cleared good Samaritans from the scene after noticing a smell of fuel from the plane, Jones said.

Firefighters used a chainsaw to cut a path through the woods and rescue Lane, who died at the scene.

The 1968 150J Cessna is listed with the FAA as owned by Outer Banks Seaplanes LLC and Lane worked for Island Aerial Ads.

In his obituary, Lane’s family said he died doing what he most loved: flying. After earning a bachelor’s degree at Robert Morris University in Pennsylvania, Lane joined the U.S. Air Force, earned his pilot’s wings and eventually retired as a captain.

Lane’s family owns a home in Duck, where his memorial service will be held, but he had recently bought a home in Kill Devil Hills.

At the Dare County Airport Authority meeting last week, member Jack Shea said the incident should serve as a reminder to banner plane operator’s to use extreme caution. The authority will consider, once the FAA investigation is complete, that the group’s safety committee look into the crash and any changes that may need to be made.

Planes towing advertising banners are a common site above the beaches of the Outer Banks in the summer months.