Volunteers get a glimpse of sea turtle building nest 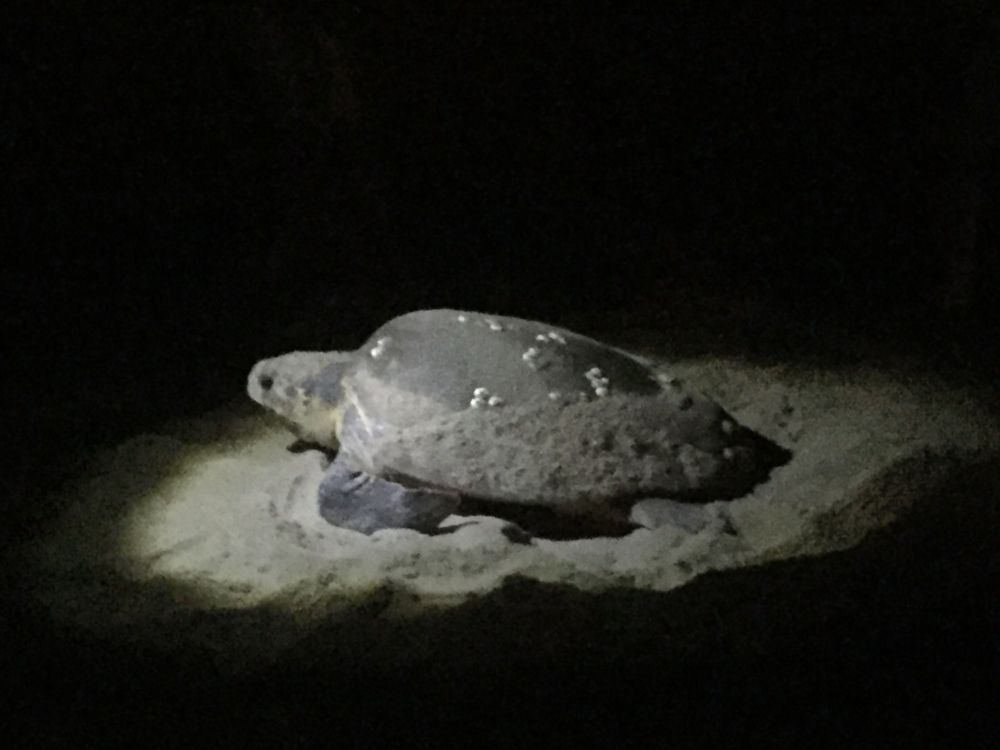 As a blood-red moon rose over the ocean Sunday night, a sea turtle crawled up to the beach near Avalon Pier in Kill Devil Hills to lay her eggs.

She was first spotted around 9 p.m., but apparently didn’t like the crowds and turned around back into the sea, according to the Network for Endangered Sea Turtles.

A short time later she tried again, a little south of her original location. As NEST volunteers watched, the turtle – likely a loggerhead – laid her eggs and carefully covered the nest in sand near the surf before shuffling back into the ocean.

Volunteers marked the nest off with caution tape and measured the turtle’s tracks, with NC Wildlife Commission advisor Karen Clark deciding to wait until 6 a.m. Monday to verify the nest.

Volunteers on Monday morning found the eggs, placed a data logger and ground water monitoring pipe and marked off the nest, the eighth this season between the Virginia state line and Nags Head.

The nonprofit Network for Endangered Sea Turtles was established in 1995 an is dedicated to the protection and conservation of sea turtles and other protected marine wildlife on the Outer Banks.

The group works in partnership with the state wildlife commission and North Carolina Aquarium on Roanoke Island. For more information, see nestonline.org