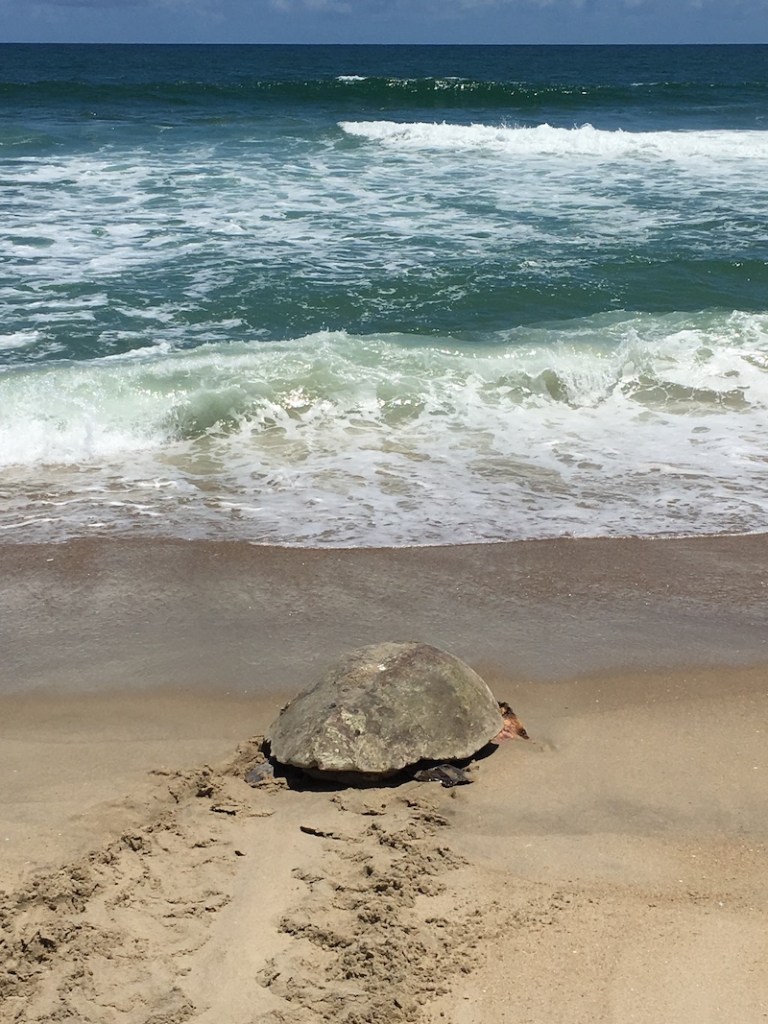 National Park Service, P.Doshkov photo A sea turtle crawls back to the ocean after a disoriented visit to the soundside of Pea Island National Wildlife Refuge.

At 1:01 p.m. Thursday, multiple rescuers lugged the severely disoriented sea turtle across NC 12 and over a dune at the S-curves north of Rodanthe and released her into the Atlantic Ocean.

“She swam away nicely,” reported Paul Doshkov, a National Park Service biological science technician. “She came up for air.”

The rescue adventure started when a park service maintenance employee spotted the sea turtle on his way to work. The turtle, likely a loggerhead, was wandering in the Pea Island National Wildlife Refuge on the soundside of NC 12. She had crawled over bare dune and crossed NC 12. Doshkov estimated by the time she was released she had been in the refuge about four hours.

To move the wayward loggerhead back to the ocean, sea turtle technicians from Buxton brought a special stretcher for live marine mammals. Rescuers rolled the turtle to one side and slid the stretcher under that side and repeated the process on the other side.

While the initial crew was waiting for the stretcher, the sea turtle was kept cool with wet towels.

A search was launched looking for eggs but none were found. The incident has been labeled a false crawl.

This is the third daytime visit by a sea turtle on Hatteras Island this season.

Also working on this sea turtle rescue were U.S. Fish and Wildlife biologist Becky Harrison, a summer intern and two law enforcement officials, one of whom directed traffic and the other who helped with moving the turtle back to the ocean.