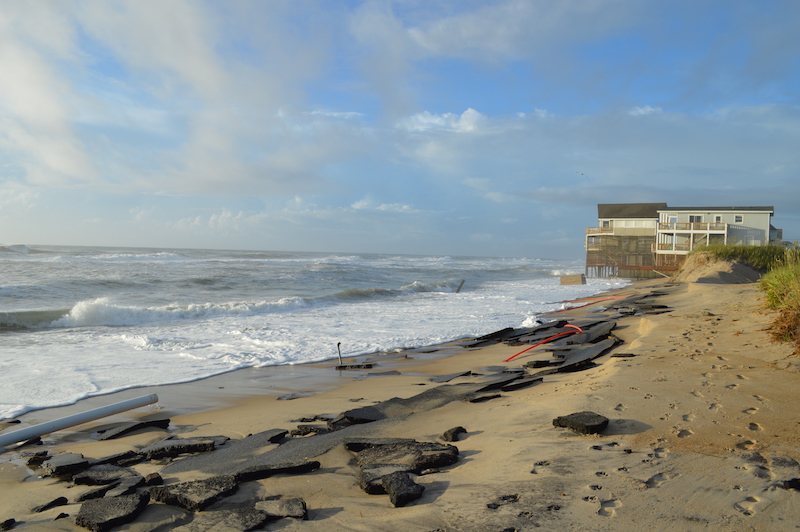 Photo by Mary Helen Goodloe-Murphy At 7 a.m. Sunday morning, swells wash the beach south of Rodanthe Pier. The pieces of asphalt are from a portion of Atlantic Drive that was overwashed and closed June 12, 2018.

Chris is not moving. The storm remained stationary Sunday morning about 150 miles south of Cape Hatteras.

All beaches in Dare County are at high risk for rip currents and red flags are flying indicating no swimming.

On beaches north of Bonner Bridge, watch for red flags stating no swimming.

Officials at the Cape Hatteras National Seashore suggest visitors experience the Atlantic Ocean from the safety of the beach. The seashore staff strongly recommends staying out of the water until conditions improve.

Sustained winds are close to 40 miles per hour. The National Hurricane Center warns that winds to gale force, but not directly associated with Chris, are expected along the North Carolina coast and over Pamlico and Albemarle Sounds during the next day or so.

In Rodanthe last night, ocean overwash occurred at the Rodanthe Pier and along Ocean Drive, south of the pier.