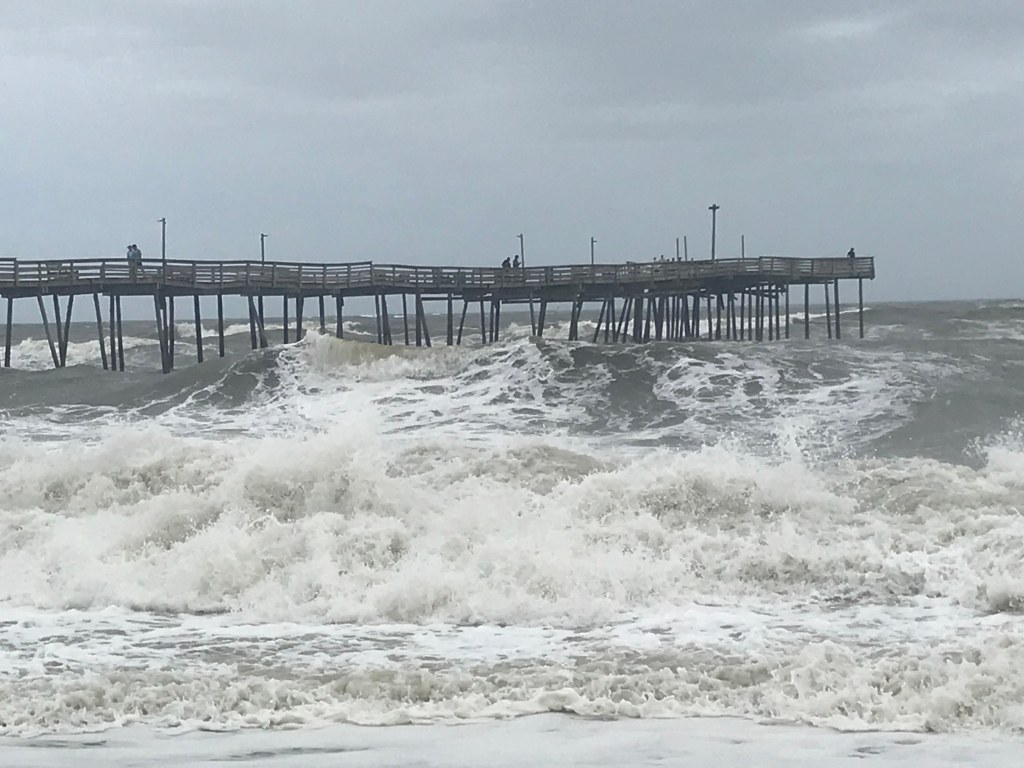 The storm was over the Gulf Stream on Monday afternoon and is expected to reach hurricane strength Tuesday, according to the National Weather Service, then very slowly lift off to the northeast on Wednesday.

Impacts to the Outer Banks through the week include high surf, minor beach erosion and strong rip currents, the NWS said.

The Coast Guard today issued a warning to mariners and beachgoers to keep an eye on the storm — and stay out of its way.

“Recreational and commercial mariners are advised to put safety first and operate within their vessel’s parameters and not to go out in heavy weather,” the Coast Guard said.

Red “no swimming” flags went up for a third day along the Outer Banks on Monday morning.

On Saturday, a 62-year-old Kill Devil Hills man died after being lost in heavy surf near Fourth Street. His death was the area’s sixth ocean-related fatality this year.

“Rip currents are a significant threat along the mid-Atlantic coast, primarily along the southern Outer Banks in North Carolina,” the Coast Guard said. “If you head to the beach, pay attention to the local beach advisories and check the weather forecast before you go.”