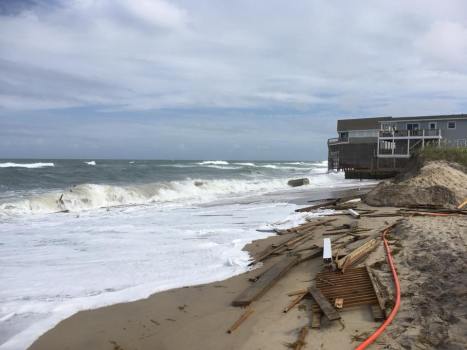 Debris from a home in Rodanthe being destroyed by waves. Courtesy Chicamacomico Banks Water Rescue 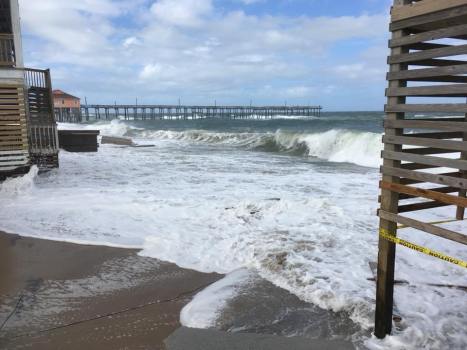 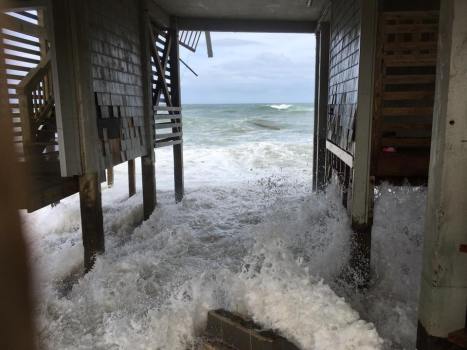 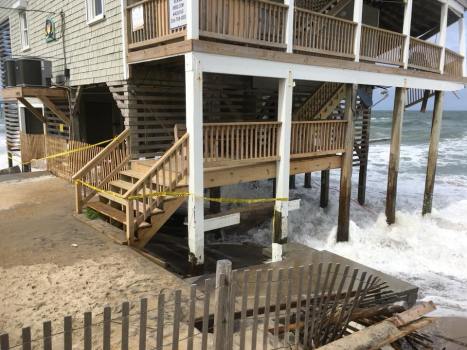 The ocean is tearing apart a home in Rodanthe. Chicamacomico Banks Water Rescue 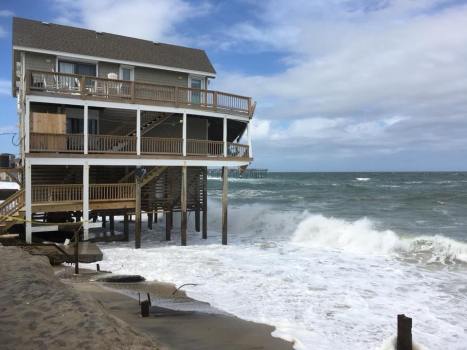 An oceanfront home in Rodanthe is being destroyed by rough seas.

Chicamacomico Banks Water Rescue says the house, about 100 yards south of Rodanthe Pier, “is being completely undermined, torn apart, and falling into the ocean.”

Large pieces of debris from the house will continue to be pushed back onto the beach as soon-to-be Hurricane Chris continues churning off the coast.

“Large debris like this, combined with large waves, strong currents and rough seas can be extremely dangerous,” the rescue team said in a Facebook post. “It may be extremely difficult to spot these heavy pieces of timber and pilings. They are so heavy that they tend to sit right at, or just below the surface.

The ocean is also strong enough to pitch this debris and take out unsuspecting beach-goers.”

Overwash began at the Rodanthe Pier and along Ocean Drive ocean over the weekend.

The area between the pier and the first building in Tradewinds had previously succumbed to ocean overwash. A segment of Atlantic Drive connected to Ocean was torn up. That section was closed by NCDOT. On Monday morning, NCDOT’s closure sign showed signs of being an overwash victim.

At 7 p.m., Saturday, July 7, a water main break was discovered in this threatened area.

However, a pressure advisory was issued for the affected cottages and customers were asked to use boiled or bottled water. Dare Water Department workers took samples to the Skyco Water Treatment Plant for bacteriological testing. The samples passed testing. The advisory was lifted for Tradewinds Sunday, July 8 at 11:10 p.m. and for Atlantic Drive houses at 10:25 a.m., July 9.