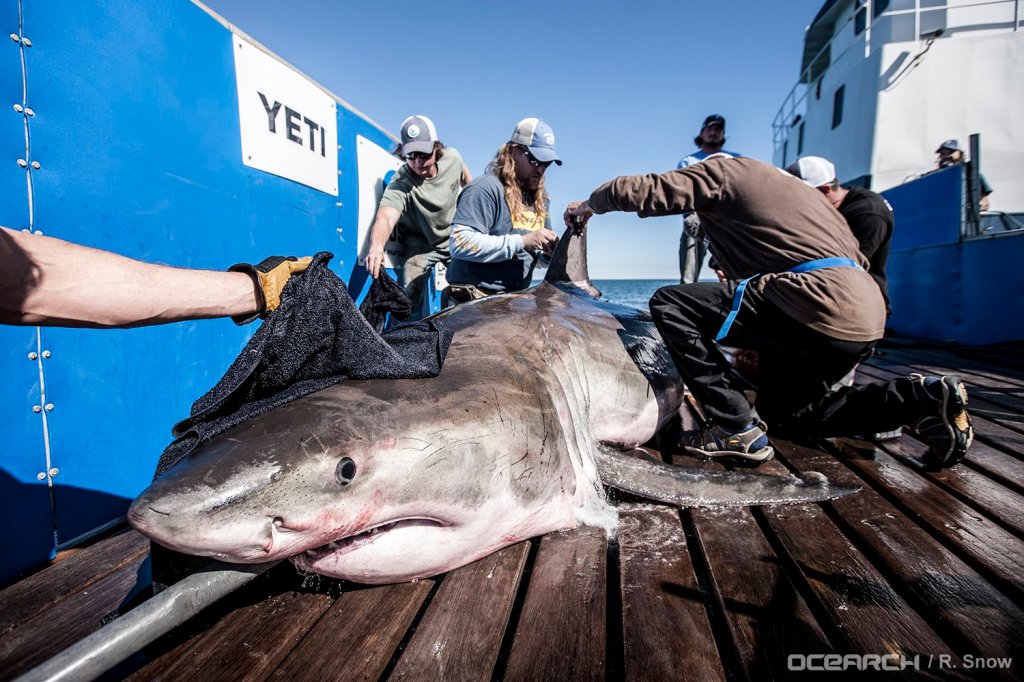 Hilton the great white shark paid a visit to the Outer Banks over the weekend.

The 1,326-pound shark pinged off the coast of the Hatteras Island’s Avon on Sunday, July 8, around 9:30 a.m., according to the Ocearch global shark-tracker program.

It’s the third time this year Ocearch sharks have pinged off the Outer Banks.

In late March, George, a 9-foot-10 inch, 702-pound white shark tagged in Massachusetts in 2016, pinged about 25 miles off the coast of Ocracoke. He’s believed to be the son of Mary Lee, the great white made Internet-famous by Ocearch and Twitter in the last few years.

The next day, a tagged Mako shark named Oscar, weighing in at 320 pounds and 7 feet 8 inches long, pinged about 50 miles off the coast of Nags Head. Oscar was tagged in Cape Cod in 2015.

Follow the travels of Hilton, George, Oscar and other sharks around the world at ocearch.org.