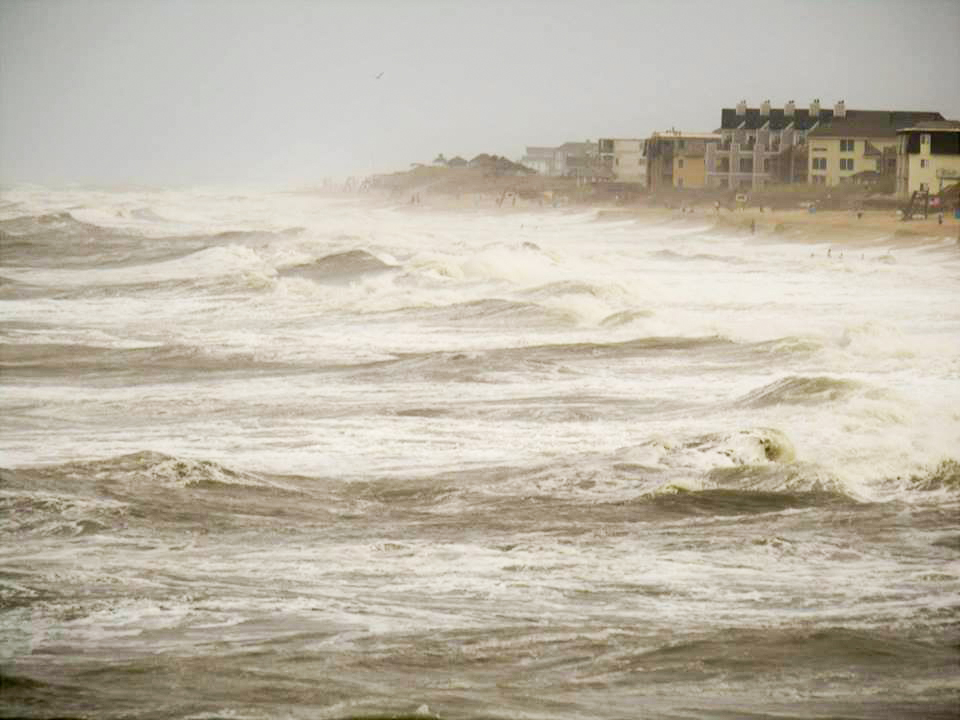 Heavy surf stirred by Tropical Storm Chris battered the Avalon Pier in Kill Devil Hills over the weekend. On Saturday, a swimmer was lost in the waves and died as Outer Banks official began posting red “no swimming” flags along the beaches. Photo by Steve Tisdale

Authorities on Hatteras Island reported multiple rip currents and rescues this afternoon in Rodanthe and Waves.

Details on how many rescues and the severity of the situations wasn’t readily available. In a text alert from OBX Beach Conditions, provided by local ocean rescue departments and the National Weather Service, “rips of note” were reported in the following areas:

The National Weather Service in Morehead City issued a beach hazards statement for today warning of a high risk for rip currents due to lingering swells from Hurricane Chris combined with high astronomical tides.

Six people have died in ocean-related incidents this year on Outer Banks beaches, four on Cape Hatteras National Seashore. The latest was Sunday, July 8, when a Kill Devil Hills man was lost in rough surf.

“Four [fatalities] in the month of June is a ton,” Cape Hatteras Chief Ranger Boone Vandzura said Thursday afternoon. “We’ve never had four in June and that has us really concerned.”

Park officials, Dare County and the beach towns are working together to get the word out about the dangers of the Atlantic Ocean. Earlier this summer, authorities began marketing the hashtag #LoveTheBeachRespectTheOcean. Last week, they launched a new text message alert system from ocean rescue crews with real-time ocean conditions. Sign up by texting “Join OBXBeachConditions” to 30890.