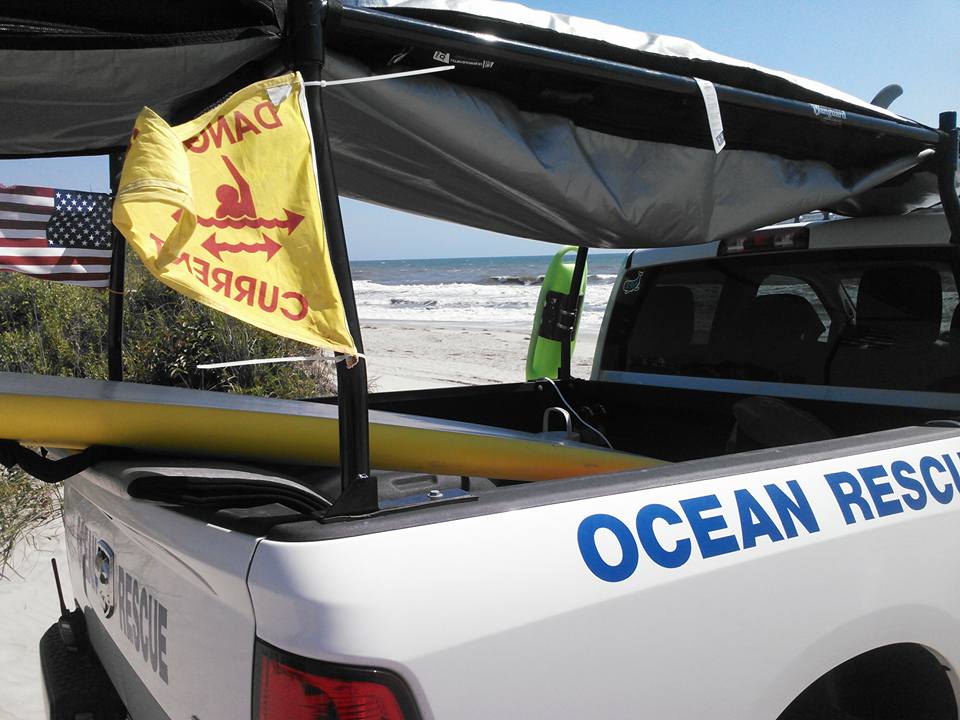 A woman pulled unresponsive from a rip current in Duck on Friday afternoon has died.

The rescue happened about 2:50 p.m. July 13 at the beach access on Bayberry Drive. Crews from Duck Surf Rescue, the Duck Fire Department, Duck police and Dare County EMS arrived to find five people in the water caught in rip currents, the Town of Duck said in a news release.

Surf rescuers pulled all five from the water. One, a woman, was unresponsive. CPR was initiated at the scene and the woman was taken by Nightingale helicopter to Norfolk General Hospital. She died Sunday at 7:23 p.m., said Town of Duck spokeswoman Christian Legner. Authorities have not released her name.

The other victims refused medical treatment.

The death is the seventh ocean-related fatality this year along the Outer banks, and was one of more than 100 rescues in the last few weeks involving multiple swimmers caught in rip currents stirred by the remnants of hurricanes Chris and Beryl and astronomical tides.

Dare County and other agencies have been pushing the message “Love the Beach. Respect the Ocean.” But, numerous people are not.

For Hatteras Island Rescue Squad, more rescues came from the Avon beach north of the pier last week. Very few rescues were noted on the south beach, Buxton, Frisco and Hatteras. An estimated 25 people were pulled from rip currents.

From Monday, July 9 through Sunday, July 15, Chicamacomico Banks Water Rescue Team assisted 56 people from the ocean water. Sometimes the team was responding to multiple calls at the same time and a report might not have been written.

On two days, Wednesday, July 11 and Sunday, July 15, the crews pulled 17 people out of the water. Two of the 56 rescued were taken to the Outer Banks Hospital by Dare Emergency Medical Services ambulances.

At one point Sunday, three ambulances were heading toward locations in Rodanthe and two places in Salvo. One ambulance was turned back. It was an “all hands on deck” time for Chicamacomico Banks station. Firefighters ferried emergency medical personnel to two rescue locations while water rescuers brought people to shore.

Text “Join OBXBeachConditions” to 30890 to sign up for text alerts from local Outer Banks lifeguards on the latest beach conditions.