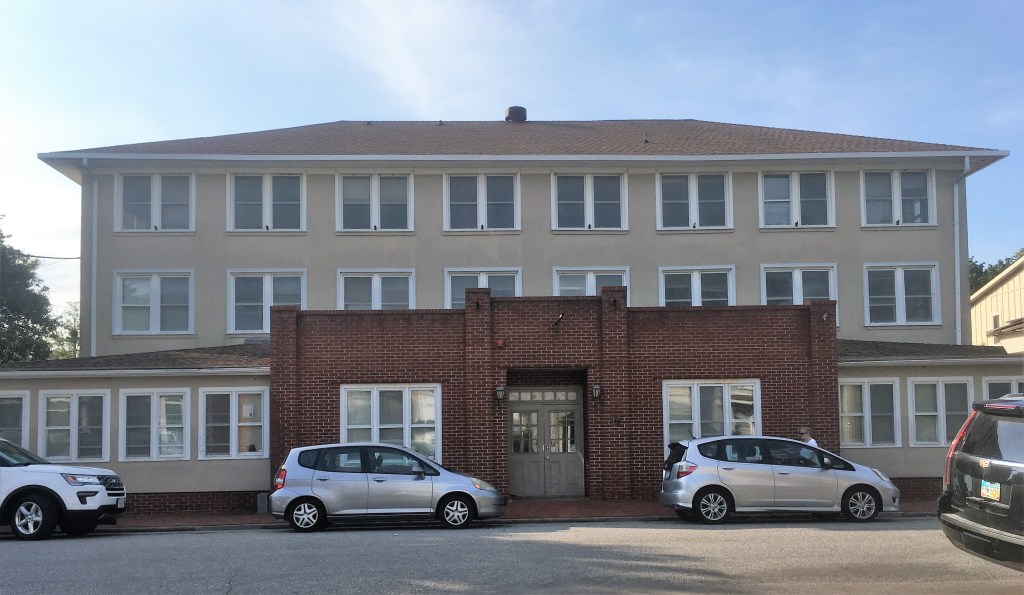 A building that once served as a hotel and the Dare County Administration Center is slated to come down. By Gregory Clark

The building was once a center of activity in Manteo. Now the abandoned, it’s an eyesore and falling apart. Built as a hotel in the first part of the last century and later used as Dare County Administration Center, the building on Budleigh Street has been abandoned and deteriorating.

Dare County still owns the building and wanted to tear it down but some locals asked that it be saved. An effort was mounted in an attempt to attract a developer that could repurpose it. Now two years later even the staunchest supporters of saving the old structure admit time has run out and a date with a wrecking ball is imminent.

The Manteo Town Manager Kermit Skinner said the county had made known its intention to tear down the building and offered to work with the town if they had interest in using the property. Both the manager and mayor outlined a general concept of an open space development with details to be developed later.

Manteo Mayor Bobby Owens said that the loss of the building could be an opportunity for the town to develop an area of parking, landscaping, open space and architectural features. His vision to development the property into a “town commons,” a space that would ease downtown parking problems and provide a central common space.

BeBe Woody of the Manteo Preservation Society led the movement to save the old hotel said it was a building “we dearly love” but it is an eyesore. She said it was hard for her to give it up but it was time for something to happen. She urged the town to make sure any redevelopment included green space.

“It was a wonderful hotel but it is a building,” Mayor Owens said, adding “a rock is old but that doesn’t make it historical.” The mayor said there is no place to park in town and we need to move forward to accommodate the needs of tourists and town people.