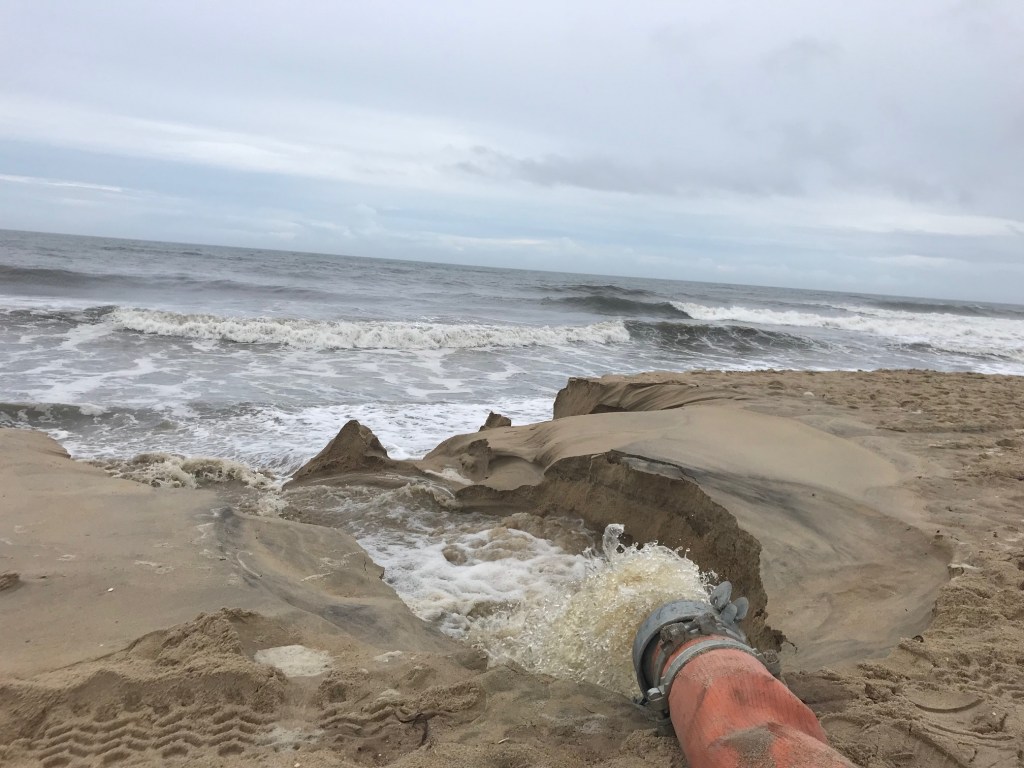 Pumping flood water into the ocean in Kitty Hawk. By Kari Pugh

State water-quality officials have issued a preliminary advisory against swimming near two sites in Kitty Hawk where floodwaters are being pumped into the ocean.

Recent heavy rains caused flooding of streets, yards and housing in parts of Kitty Hawk and near-by communities. To minimize the flooding damage and to ensure roads are accessible for emergency vehicles, the town on Tuesday night began pumping floodwater into the ocean at Starfish Lane, Hallett Street and possibility Byrd Street. These waters can contain pollutants such as waste from wildlife and pets, oil and gasoline from parking lots and waste from septic systems or sewers.

Signs were placed at the discharge sites to warn the public of the possible health risk.

The notices do not imply disease-causing organisms are present in the water but does identify an increased chance that contamination and adverse health effects could occur.

State officials anticipate other communities will begin to pump floodwaters to the beach if heavy rains continue to fall. It may not be possible to post signs at all the sites where floodwater is being discharged on the beach.

State officials will remove the signs and notify the public 24 hours after the pumping stops.