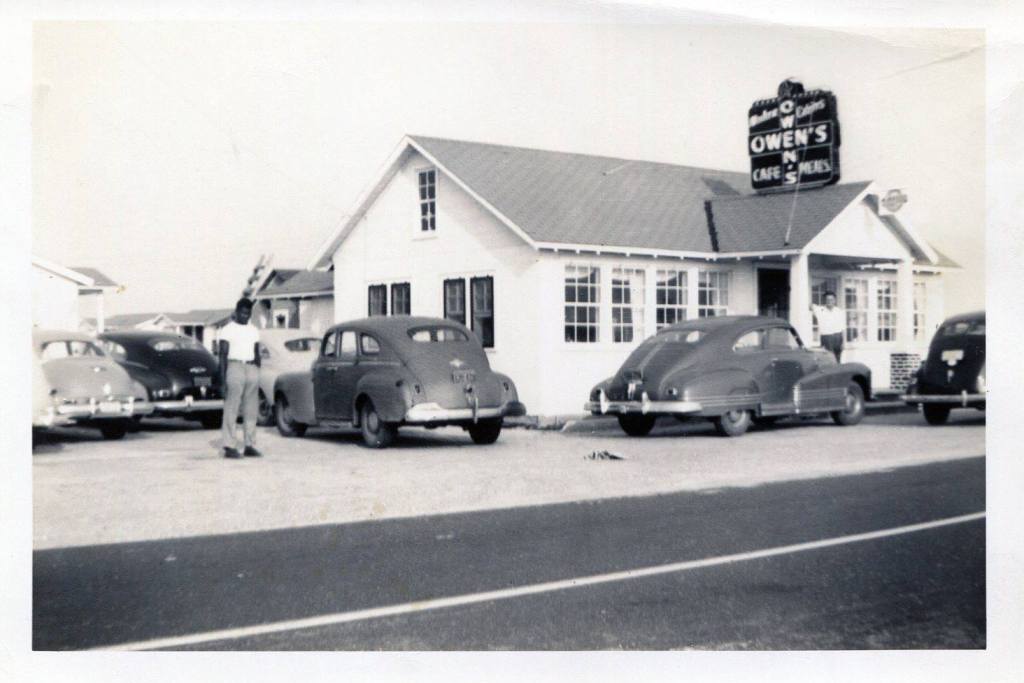 In 1946, the year Clara Mae Owens Shannon was born, her parents also opened a brand-new restaurant in Nags Head.

Local friends thought Bob and Clara Owens were a bit crazy, closing up their successful hotdog stand in downtown Manteo and moving to a windswept strip of beach in south Nags Head. After all, there wasn’t much tourism on the Outer Banks at the time and prospects they’d be successful seemed dim.

But the Owens, it turns out, were visionaries. It wasn’t long before travel to the Outer Banks began to boom. The family restaurant catered first to local fishermen, then visiting sports anglers and finally the summer tourist rush.

Shannon remembers starting out small with a 34-seat dining room.

“Mother opened in time in the morning for fishermen to have breakfast,” she said.

She literally grew up in the restaurant’s kitchen and dining room. “We’d crawl around when we were real small under the tables picking up wrappers and French fries,” she said.

Clara Mae Owens married her high school sweetheart, a boy from Kitty Hawk named Lionel Shannon, and got him into the family business, too.

Today, the two still oversee the restaurant and beachfront motel started by Clara Mae Shannon’s parents, but they’re passing it down to the next generation.

Their daughter, Peaches Eckhardt, and her husband Jim, are the main daily drivers of the business, with lots of help from children, siblings, nephews, cousins and longtime employees.

“Our employees have become like family,” Clara Mae Shannon said. “We have people who have been here 30 and 40 years.”

Today, Owens’ is the oldest restaurant in North Carolina that’s been in the same family, at the same location, since it opened.

In those 72 years, the family has seen a lot of local history made, and much of it decorates the hallways and dining rooms of the twice-expanded restaurant.

Clara Mae Shannon has an extensive collection of oyster plates hanging on the walls, many dating to the 1800s. There are one-of-a-kind antiques people have given the family, and museum-quality artifacts chronicling life on the Outer Banks, particularly from the U. S. Lifesaving Service, a forerunner of today’s U. S. Coast Guard.

In its seven decades, the restaurant has seen weddings, anniversaries and celebrations of just about every kind, with some visitors coming back year after year.

The family has also hosted its share of celebrities, including former Manteo resident Andy Griffith, Walter Cronkite, Brooke Shields, governors, senators and even one well-known son of a world leader who shall remain nameless.

Food is the centerpiece of all the history and memories at Owens, which specializes in fresh-off-the-boat seafood, local produce and high-quality meats. The kitchen today uses the same recipe Clara Owens created to make her crab cakes, with crab meat from Mattamuskeet. Most everything, especially seafood, comes straight from the source.

“We’re lucky to be able to buy from the same people we grew up with,” Lionel Shannon said. “We’re able to buy fish right off the boats at Oregon Inlet.”

As the next generation takes on the stresses and triumphs of the business, and the legacy of children crawling under tables to clear French fries and wrappers continues, Clare Mae and Lionel hope to see Owens’ continue for many generations to come.

“I have to say after all this, we still love each other,” Lionel Shannon said.