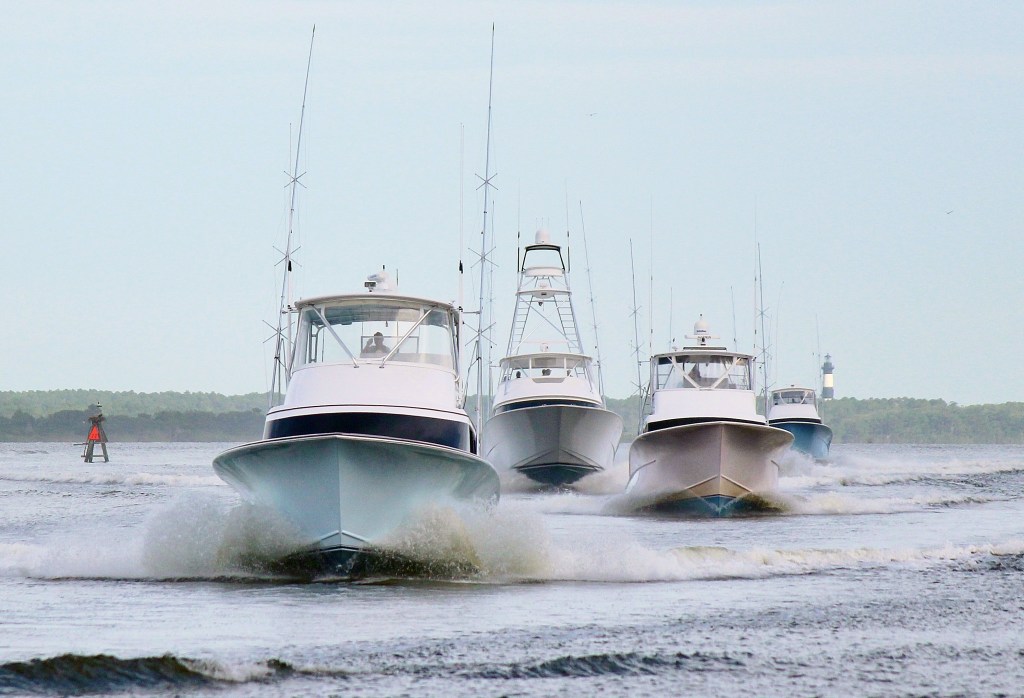 “It was great, a great turnout,” said Jennifer James of the Dare County Boat Builders Foundation, which sponsors the event. “The Point Runner caught everything on day one, 11 whites!”

Second place boat was Qualifier with 1,100 points too but the Point Runner scored all of their points in day one for the victory, James said. The third place boat was Waste Knot.

First places in the meat categories were claimed by brothers Colby Sawyer with a nice 24-pound wahoo and Cory with an 18-pound dolphin, James said. Their dad Barry Sawyer is the captain of the Waste Knot so their family had a big week, she added.

This yearly event raises money for 51 educational scholarships for Dare County students; 19 for high school seniors and 32 for those Dare high school graduates who have already gone off to college.

On the northern beaches recently, sea mullet and croaker along with a few spot were available in the surf and the four ocean fishing piers.

Kelsey Vessels, age 8, of Clarksville, Pennsylvania caught her first ever ocean fish, this bluefish, while bottom fishing on Jennette’s Friday. She was all smiles and perhaps hooked on fishing for life.

Up the beach a ways Patty Allen from Kitty Hawk Pier summed up the past several weeks of fishing with ease.

“Nothing, absolutely nothing today,” she said Monday morning. “One bluefish Sunday – it’s scary it’s so bad, it’s just that bad.”

At the other end of the Outer Banks, Jim Lyons, a fish cleaner at Hatteras Harbor Marina, snapped a neat shot of queen triggerfish he saw that came to the docks on the charter boat Sea Creature. He said it’s something you just don’t see every day.

In other news, plenty of photos of people catching sharks showed up on the internet recently, which corresponded with Shark Week on TV. Be sure to check the regs before fishing for sharks because most are protected, plus there are a lot of rules in place for the ones that aren’t and they change often.