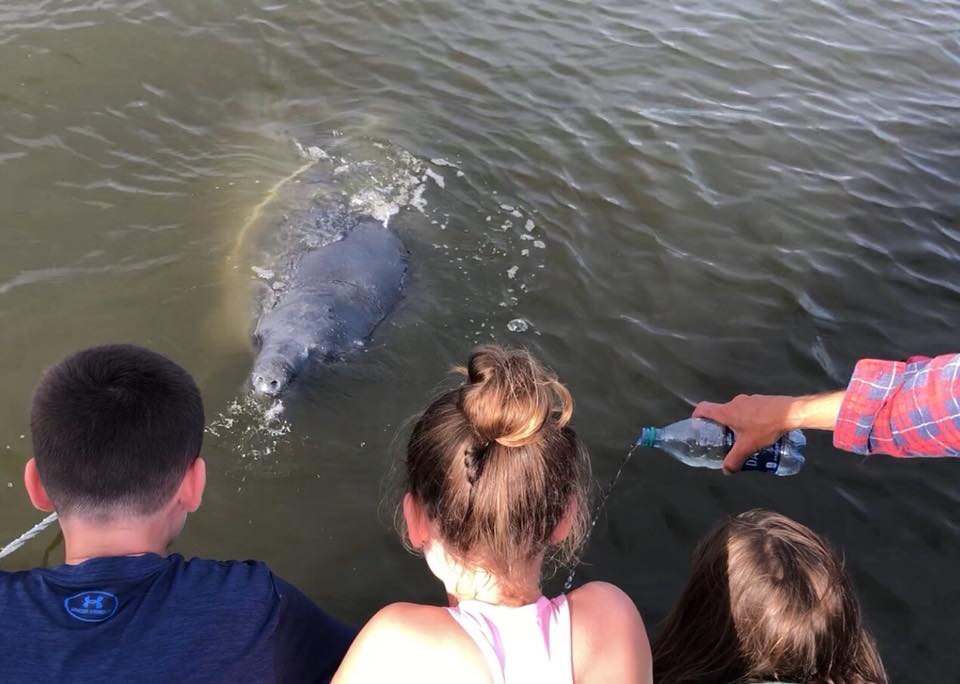 A manatee was spotted in Currituck Sound this week. Photo courtesy Corolla Bait and Tackler and Outer Banks Charter Fishing

A manatee approached a charter fishing boat in Currituck Sound this week, giving a snort to some kids on board.

The company noted that a rope seen in the video was the boat’s anchor line and wasn’t tying up the sea creature, nor do they feed any manatees they see.

“The manatee eats the algae off the rope and also leans on it to rest,” the Facebook post said.

The business said they posted the video to show “cool animals,” but to let other boaters and jet skiers know to be careful in the water.

Manatees sightings are relatively unusual in North Carolina, but they have been spotted as far north as coastal Virginia during summer migration season, according to the US Fish and Wildlife Service.