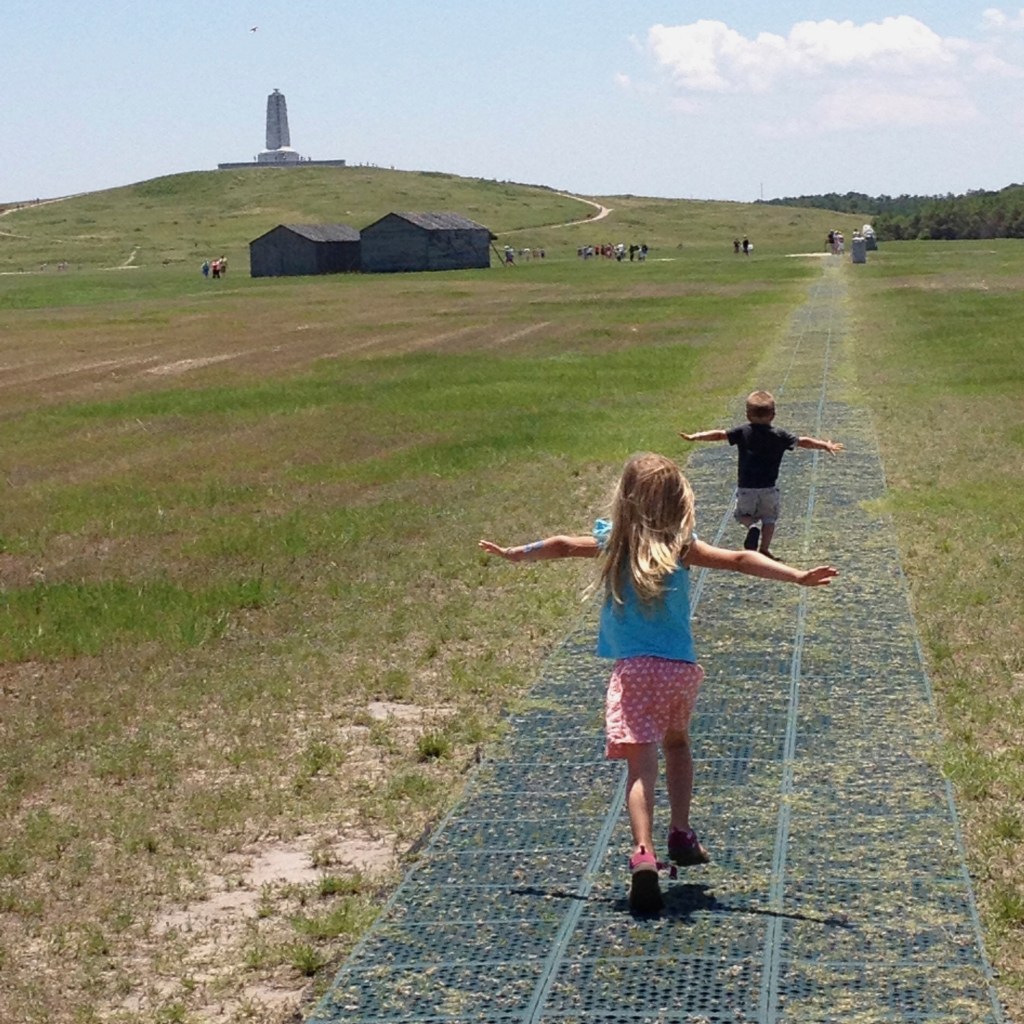 A child’s-eye view of the Wright Brothers Memorial. When the visitor center reopens next month after renovations, there will be several new exhibits about the brother’s lives on the Outer Banks. Photo courtesy National Park Service

When the visitor center at the Wright Brothers National Memorial in Kill Devil Hills reopens next month, changes will include new interactive exhibits that highlight life along the Outer Banks in the early 1900s.

The National Park Service says in a news release Wednesday that the visitor center in Kill Devil Hills will reopen Sept. 29 after being closed for almost two years. The building and exhibit updates cost a total of almost $7.5 million.

The Park Service says the new exhibits highlight why Orville and Wilbur Wright chose Kitty Hawk for their flight experiments from 1900 to 1903 and what their lives were like on the Outer Banks.

The exhibits also highlight people who helped and interacted with the Wrights, like their sister Katharine Wright, Paul Laurence Dunbar, Octave Chanute, Bill and Addie Tate and Charles Taylor. In addition to all new exhibits, a 16-screen video wall features images of Wilbur and Orville, Wright flying machines, inspirational quotes, images of flight and select scenes of flight.

When the visitor center reopens on Sept. 29, visitors will once again be able to see the reproduction of the 1903 Wright Flyer that the brothers made their first flight in.