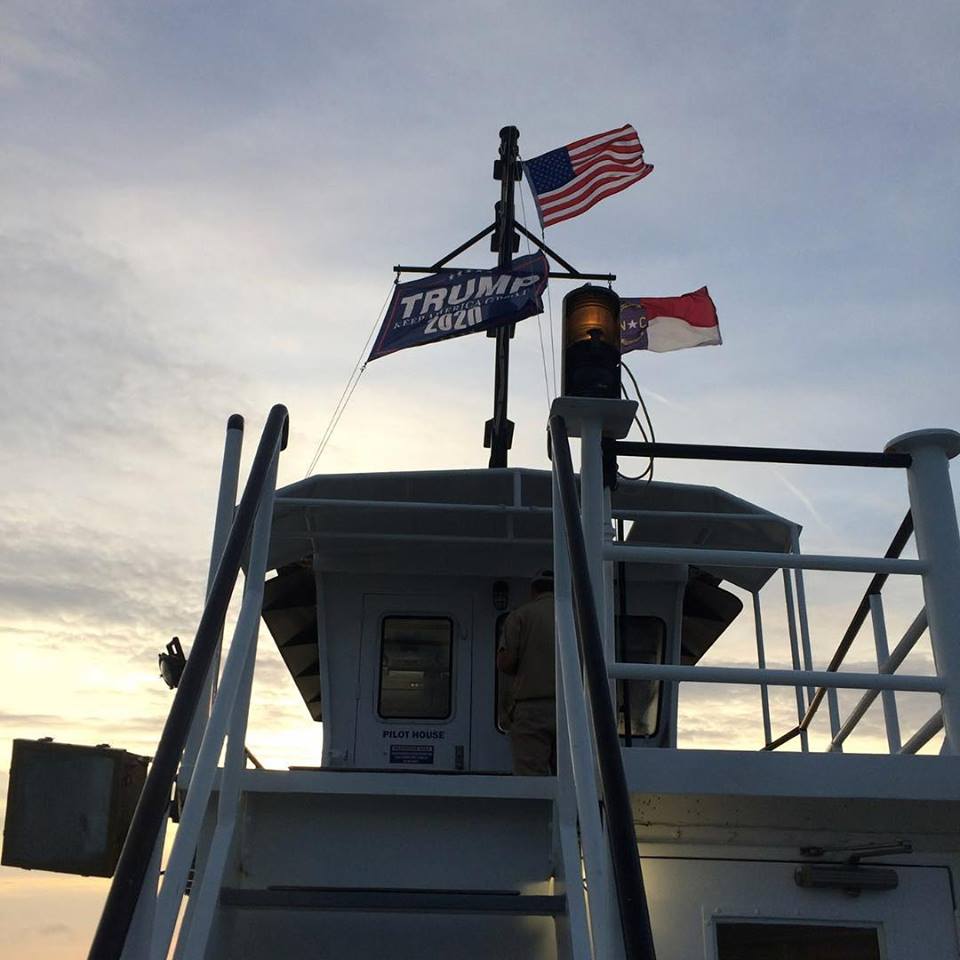 Randal Mathews posted this photo on Twitter of a Trump 2020 flag flying on the Hatteras-Ocracoke ferry.

The captain and a crew member of a state-run Hatteras-Ocracoke ferry have been suspended without pay after a “Trump 2020” flag was briefly flown atop the M/V Frisco last month.

The North Carolina Department of Transportation’s Ferry Division investigated after a ferry rider posted a photo of the flag on Twitter July 26.

“No matter one’s political affiliation, putting any sort of campaign material on a state-owned vessel is not appropriate,” he said.

The crew member and captain of the ferry involved were issued seven-day suspensions without pay for “unacceptable personal conduct,” Hass said.