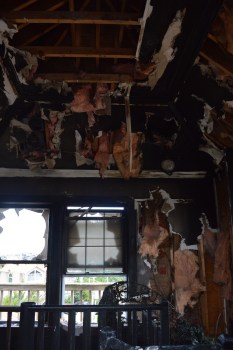 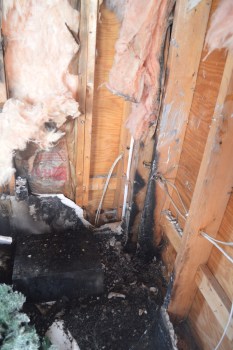 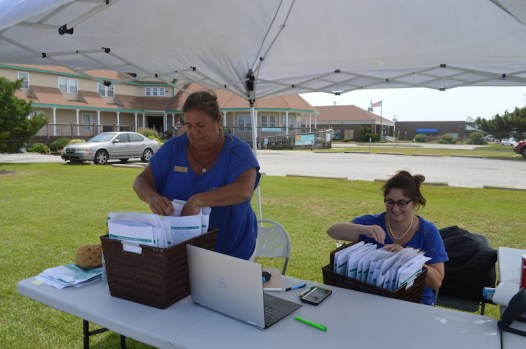 Employees at Outer Beaches Realty in Waves set up shop in the parking lot after a Sunday morning fire. By Mary Helen-Goodloe Murphy

Eight Outer Beaches staffers were in the building when the lightning hit with a loud bang. After making emergency calls, staffers evacuated the building. No one was injured.

A ladder truck was sent to Outer Beaches.

One corner of the tower seems to have suffered intense fire damage. The tower room, originally white, is now black. Sheetrock and insulation were pulled down to inspect for hotspots. Water ran down the walls to the main reception room.

At midday, Outer Beaches staffers were pulling wet items out of the building.

“Outer Beaches never misses a step,” said Edie Siddall, who was outside under a blue awning checking in visitors. Working with her was Crystal Devall.

On Colony Drive in Salvo, firefighters discovered damage but not fire. The lightning blew two holes through the interior and exterior walls and broke three windows. Firefighters turned off electrical power and the propane supply. A representative of the property manager Sun Realty was taking care of the visitors.