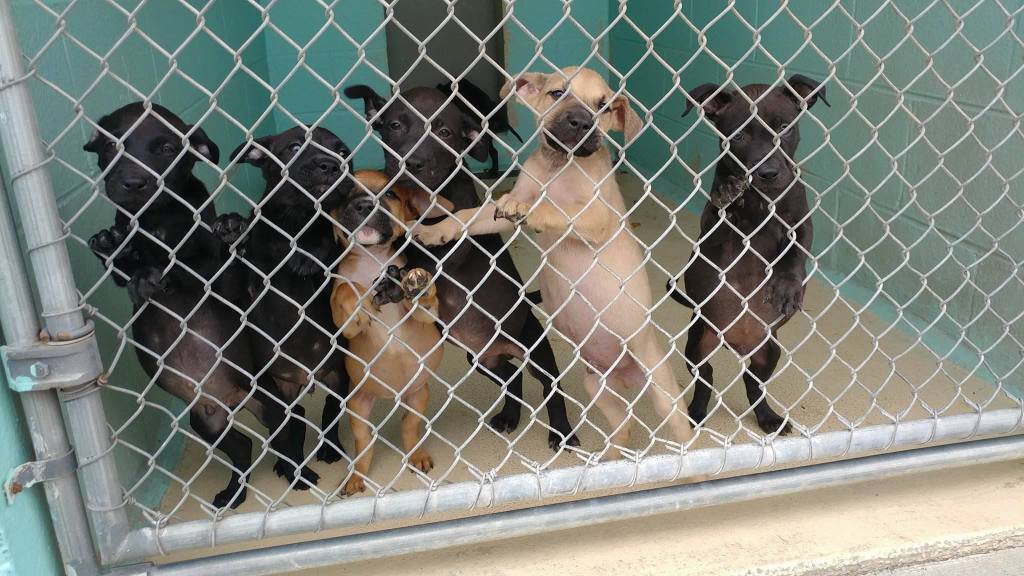 A photo of puppies at the Dare County Animal Shelter, which is housed in a 43-year-old building that often floods during rain. Contributed photo

Dare County’s Board of Commissioners unanimously approved a five-year capital improvement plan at its Aug. 6 meeting, one that includes funding for a new animal shelter.

The board’s capital improvements plan committee met to discuss details of the proposal and for fiscal 2019, three new facility studies are included.

For expanding offices for the Department of Health and Human Services, the plan uses $50,000 for the study and plans $2.009 million for expansion in 2020. A public works facility study is programmed for $100,000. And a facility study will also be implemented for a new animal shelter.

Commissioner Rob Ross brought the matter to the attention of the plan committee at its first meeting June 18. At the committee’s second meeting, discussion about the animal shelter continued.

At the third committee meeting, July 16, County Manager Robert Outten reported back that the current animal shelter is housed in a 1975 building. The septic system is a problem, and the building – though clean – often flood with storm water.

Outten described the facility as “inadequate, old, beat down.”

The programmatic study is the first step to replacing the shelter, followed by design and building. The plan includes $75,000 for the study.

Commissioners added a provision to amend the capital improvement plan, setting aside $2 million as a placeholder for the new animal shelter, with a cost figure to be substituted after the study is completed.

As to funding Dare County Schools capital needs, the plan allocates $3,003,000 for local capital outlay spread over five years for such items a band instruments, an activity bus, furniture, projectors and other equipment. The funds are allocated by year as requested by the Dare Board of Education.

For the Dare County Schools capital improvement plan, funds totaling $7.075 million are allocated over five years. The amount represents the total request. The funds are spread out over five years in amounts differing from the school board’s request. This category funds air handlers, boilers, chillers, a fuel oil storage tank, roof replacements and other facility improvements.

Additional funds are allocated to Emergency Medical Services facility improvements. The county’s plan calls for spending $100,000 in each of the plan’s five years, for a total of $500,000.

The county has allocated $174,244 to demolish the old administration building in downtown Manteo. That sum is also expected to include demolition of a building beside the Manteo Library.

The plan calls for spending $7.5 million for a new College of the Albemarle campus. An additional $1 million is set aside for demolishing the old Manteo Middle School buildings and renovations at the Russell Twiford location.

The plan is based on revenue growth of one percent. The planned expenditures leave fund balances in four years in the range of $650,000, the goal set by the committee for reserve. The last year of the plan, fiscal 2023, the fund balance is $1.2 million.

Two debt issues are envisioned to finance the capital improvements. The first will be issued Oct. 1, 2018 to pay for portable radios and a skid boom and roll-off truck, for a total of $1,266,611.