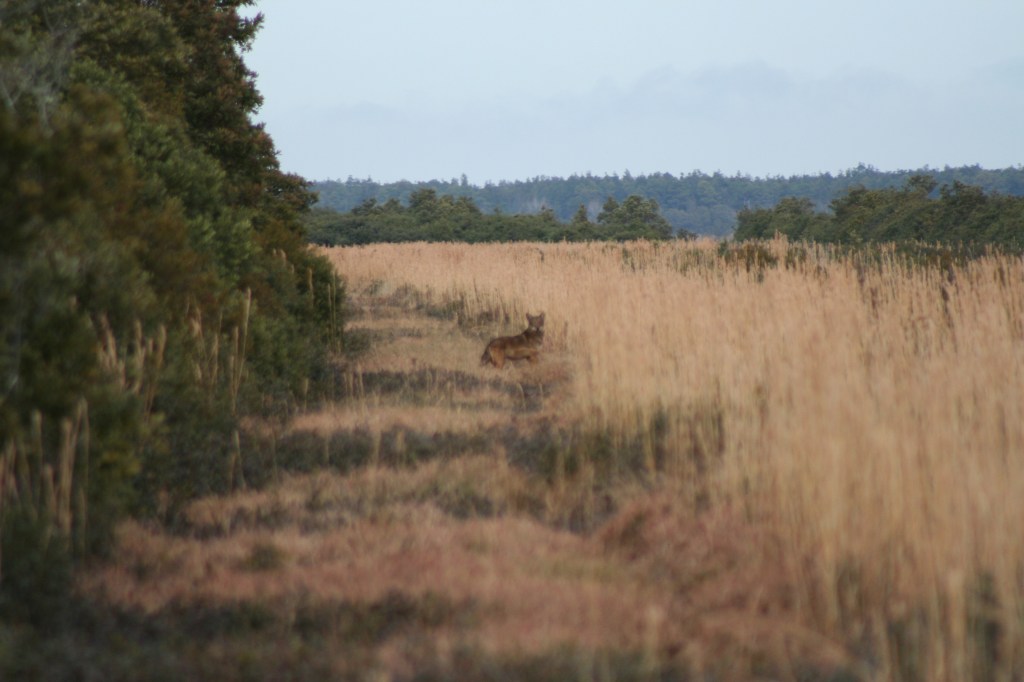 A red wolf at Alligator River National Wildlife Refuge. Eastern North Carolina is home to the nation’s only remaining population of red wolves, about 35 in total. Photo by Ryan Nordsve

The U.S. Fish and Wildlife Service has reopened a public comment period on a proposed rule that would shrink the federal conservation area for the state’s red-wolf recovery program from five counties to two: Dare and Hyde.

The proposal would also lift restrictions that prohibit property owners from killing wolves that stray from the refuges.

The proposals are based on a four-year evaluation of the northeast North Carolina “experimental population” of red wolves. Only about 35 remain in the wild, all in eastern North Carolina. At the height of the recovery effort, the wolf population reached about 120.

In particular, U.S. Fish and Wildlife would like to hear from residents their thoughts on the state’s contribution to the program, and strategies for promoting tolerance of red wolves outside conservation areas.

Earlier this month, Gov. Roy Cooper urged federal authorities not to reduce protections for endangered red wolves, a species unique to the state.

In a letter sent to the U.S. Fish and Wildlife Service Monday, Gov. Roy Cooper asked the agency to maintain the current five-county conservation area for the endangered species.

“The wild red wolf is part of the cultural and economic fabric of our state and is the only wolf unique to the United States.” Cooper said in the letter. “There is a viable path forward for North Carolina’s red wolves living in the wild.”

The North Carolina Wildlife Resources Commission asked the federal government to end the red wolf conservation program in 2015. Since taking office in 2017, Gov. Cooper has appointed five members of the commission. The 14 other members were appointed by Republican leaders in the legislature and former Republican Gov. Pat McCrory.

North Carolina Wildlife Resources Commission Director Gordon Myers said in a statement to the Associated Press that the federal proposal to reduce the size of the conservation area doesn’t do enough — they would like to see the program completely eliminated. Myers called termination the “most reasonable and achievable alternative.”