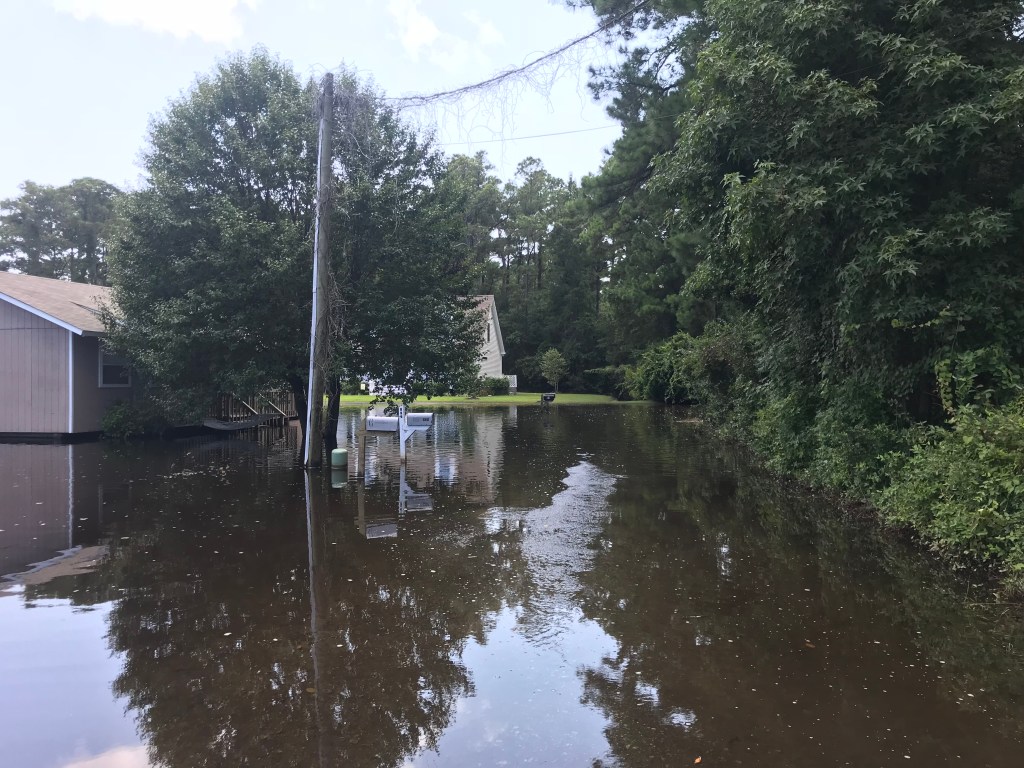 Residents in some areas of northern Roanoke Island were underwater for more than 10 days after storms dumped up to 20 inches of rain along the Outer Banks in late July. By Kari Pugh

On Aug. 20, the county’s board of commissioners held a special afternoon session about storm water. Close to 50 people showed up and jammed the first floor conference room in the Administration Building in Manteo.

Many of those people came from a section of northern Roanoke Island that remained flooded with rainwater for several weeks. That situation was graphically described to the commissioners and the public at the Aug. 6 board meeting.

The county’s disaster recovery plan was implemented with social services staffers and non-profit organizations on the scene.

In opening the meeting, board Chairman Robert L. Woodard told the crowd “I took a pretty hard shot at DOT.” He apologized to North Carolina Board of Transportation member Allen Moran.

Woodard announced that Dare County would partner with NCDOT on a drainage study. Moffatt & Nichol, a “global infrastructure advisory firm,” will conduct that study, which will take 90 to 120 days to complete.

Dealing with roads and ditches presents challenges for Dare County, commented Woodard. The county has no roads or ditches and no road maintenance staff. The roads are state or town or private.

Cape Hatteras National Seashore Superintendent Dave Hallac said “if this is a new normal, we need to plan for it.”

The stated purpose of the meeting was establishing short- and long-term goals. Some of the ideas floated at the meeting include: