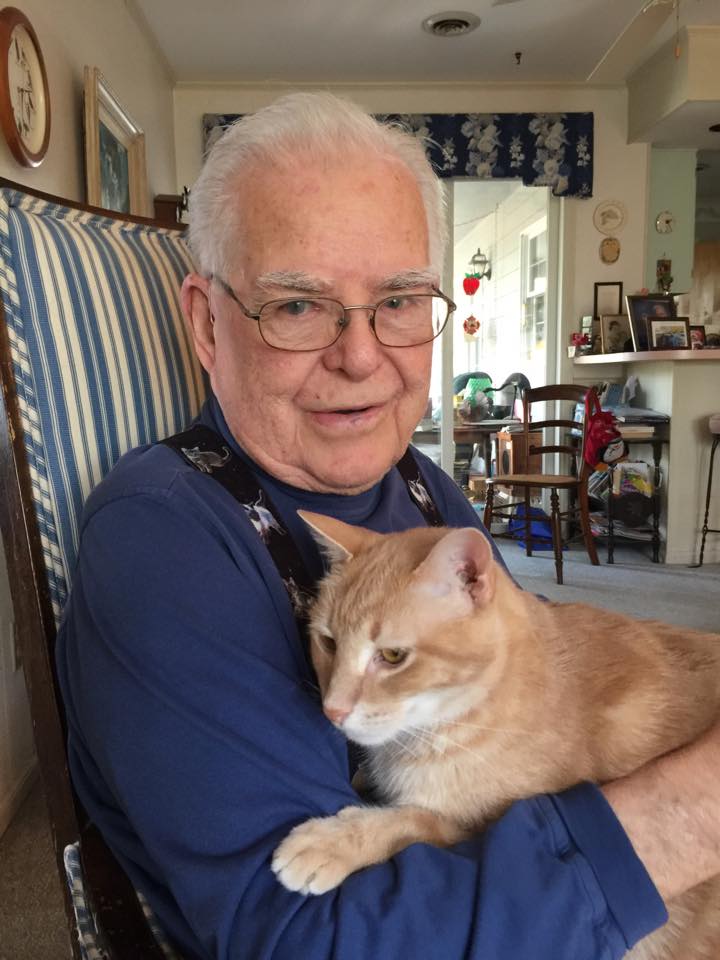 Tom, as he was best known, was born April 5, 1924 in White Plains, New York to Edith Russell Charlton and DEA Charlton, he attended high school in Scarsdale New York. He went on to earn a degree in 1949 from Antioch College in Yellow Springs, Ohio.

Tom served honorably in the US Navy as a pilot in WW II in the 1940s. Following his military service, he had been in the building business and for many years was purchasing agent for Morris Bean and Company and also a past president of the Dayton Purchasing Agents. Prior to retirement he operated his own kitchen design business, Buckeye Cabinets in Xenia, Ohio. For many years, Tom served as a Scout Master for a boy scout troop in Yellow Springs, Ohio and was active in The Kiwanis Club in Xenia, Ohio.

Tom Charlton retired to the Outer Banks from Ohio in 1987. During his 31 years in Southern Shores, Tom Charlton had been active in SCORE, the Nags Head Woods Conservancy, the Southern Shores Volunteer Fire Department. He was a past member of Duck Woods Country Club, the Nags Head Surf Fishing Club and the Dare Squares, a square dance club. Nick named “Tenor Tom,” he was a long-time member of the Outer Banks Presbyterian Church where he devoted many hours serving as a church elder, choir member and member of the building and grounds committee. Until his passing, he was an active member of the Nags Head Lion’s Club, the Outer Banks Community Chorus and an Elder at the Outer Banks Presbyterian Church. For many years, he faithfully ran the horse race games for the residents at Colony Ridge Nursing Home. Tom’s legacy is helping whoever was in need whenever he could.

Over his long life, Tom Charlton was an avid golfer, fisherman, poker player, gardener, singer and lover of the wild. Tom was known to all who knew him as kind, generous and an active member of the community. He was always happy and often heard whistling before you’d see him.

Thomas is preceded in death by his two brothers, James M. Charlton and Fred R. Charlton. His wife of 41 years, Marjorie Charlton, preceded him in death in 2002.

A service of witness to the resurrection will be held Friday Sept. 7, at 11 a.m. at Outer Banks Presbyterian Church (MP 8.5 in Kill Devil Hills) with Reverend Jody Moore officiating. The burial of his ashes with military honors will be private.

In lieu of flowers, memorial donations may be made to in Tom’s name are welcome to the Outer Banks Presbyterian Memorial Fund and the Outer Banks Chorus. Condolences may be expressed via the online register at www.gallopfuneralservices.com. Gallop Funeral Services, Inc. was entrusted with arrangements. The family wishes to extend its gratitude to all who knew, loved and cared for Tom Charlton over the years.