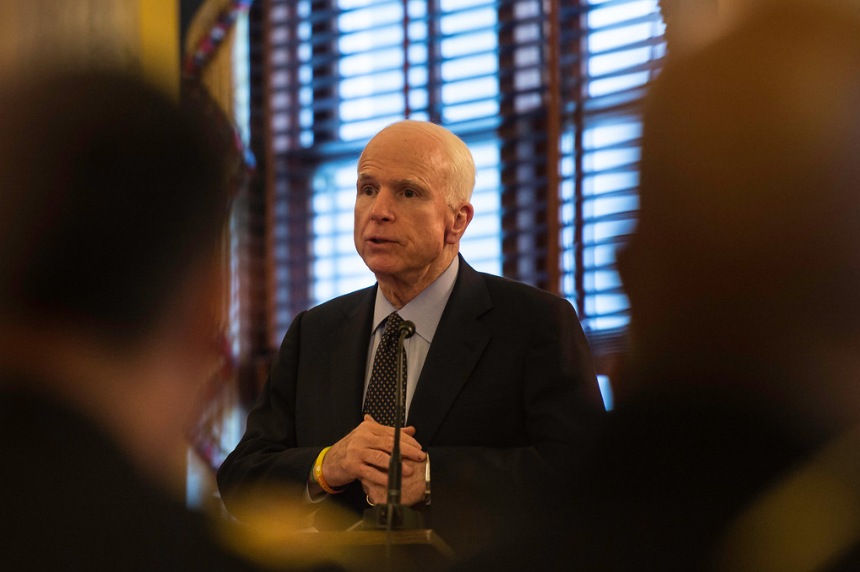 Gov. Roy Cooper has ordered all U.S. and North Carolina flags at state facilities to be lowered through sunset Aug. 30 in honor of the passing of U.S. Senator John McCain.

The six-term Arizona senator and decorated Vietnam War veteran died Saturday of brain cancer at his ranch near Sedona, Arizona, at age 81.

“John McCain was a true American hero who served his country with honor throughout his life, and our nation has lost a great man,” Cooper said in a statement. “Our prayers are with his family and all those who loved him and served with him.”

McCain will lie in state in the Arizona State Capitol on Wednesday. A funeral is scheduled for Thursday at North Phoenix Baptist Church.

In Washington, McCain will lie in state in the Capitol Rotunda on Friday. A funeral will take place Saturday at Washington National Cathedral.

A private memorial service is planned next Sunday at the U.S. Naval Academy Chapel in Annapolis, Maryland. Burial will be in the academy cemetery.