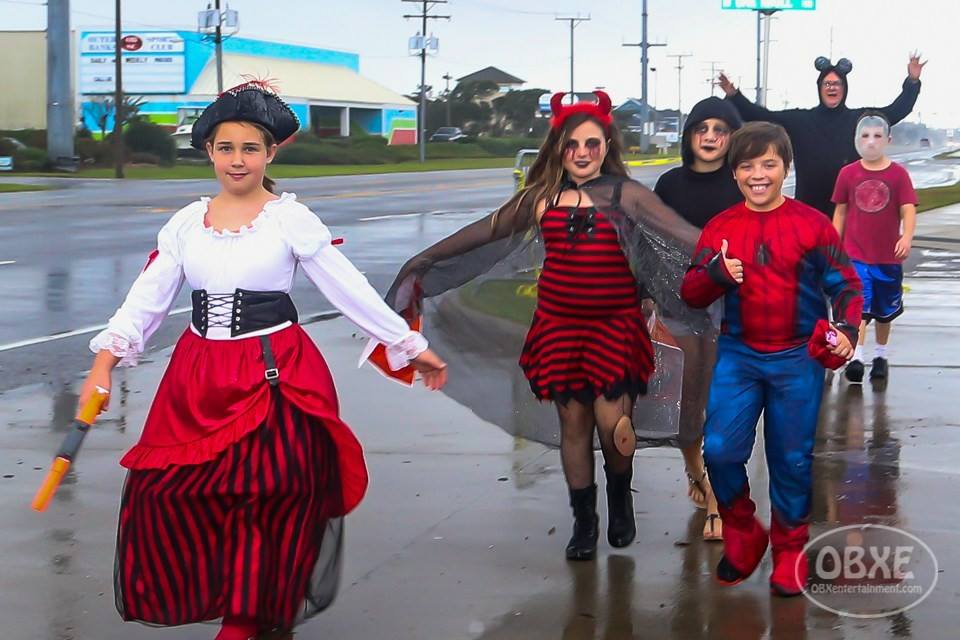 The Outer Banks Halloween Parade is a free, family-friendly costume event for all ages, featuring a short walking parade and costume contest.

Founded by OBX Entertainment’s Matt and Sue Artz, since 2014, the parade event was held at the former Kelly’s Restaurant in Nags Head.

With steady increased attendance through word of mouth by both locals and visitors, the event has become the largest Halloween celebration on the Outer Banks, with hundreds of costumed participants and many more in attendance as spectators.

“We are beyond excited to bring the Outer Banks Halloween Parade to Kill Devil Hills,” Matt Artz said. “Our new location, based at Aviation Park, is the perfect site for the next phase of the parade, as it will allow for much more growth as a destination event, and much more fun.”

The new venue provides parking available to the public at all First Flight schools, and a slightly longer parade route of about a half-mile, starting and ending at Aviation Park.

It begins with the pre-parade party, during which parade participants can register for the costume contest and all attendees can enjoy trick or treat stations sponsored by local non-profit organizations and businesses, positioned around the Frog Pond.

The awards ceremony will immediately follow the conclusion of the parade, with thousands of dollars in prizes awarded to the costume contest winners. Parade participants must be registered in one of the various categories to be eligible to win costume contest prizes. Advance registration will be available online starting in October.

“Every year, the prizes get even more amazing,” said co-founder Sue Artz. “It’s all because of the generosity of local businesses that collectively donate approximately $5,000 in prizes to be awarded in eight different categories and age groups, as determined by a panel of local celebrity judges.”

Admission and registration is free, and all attendees, including spectators, are asked to come dressed in a costume in the spirit of the event.

This year’s parade is Saturday, Oct. 28. Registration opens and the pre-parade trick or treat party begins at 2 p.m. The parade itself begins at 3pm, followed by the awards ceremony. This is a rain or shine event. Alcohol is not permitted.

This event is sponsored in part by the Outer Banks Visitors Bureau and Halloween Daily News.

Non-profit organizations, community groups, or businesses interested in sponsoring a trick or treat station or anyone interested in volunteering to help at the event should contact OBX Entertainment at obxentertainment@gmail.com.

For the latest updates and information on the Halloween Parade, and to see highlights from the first four years, visit OBXHalloween.com