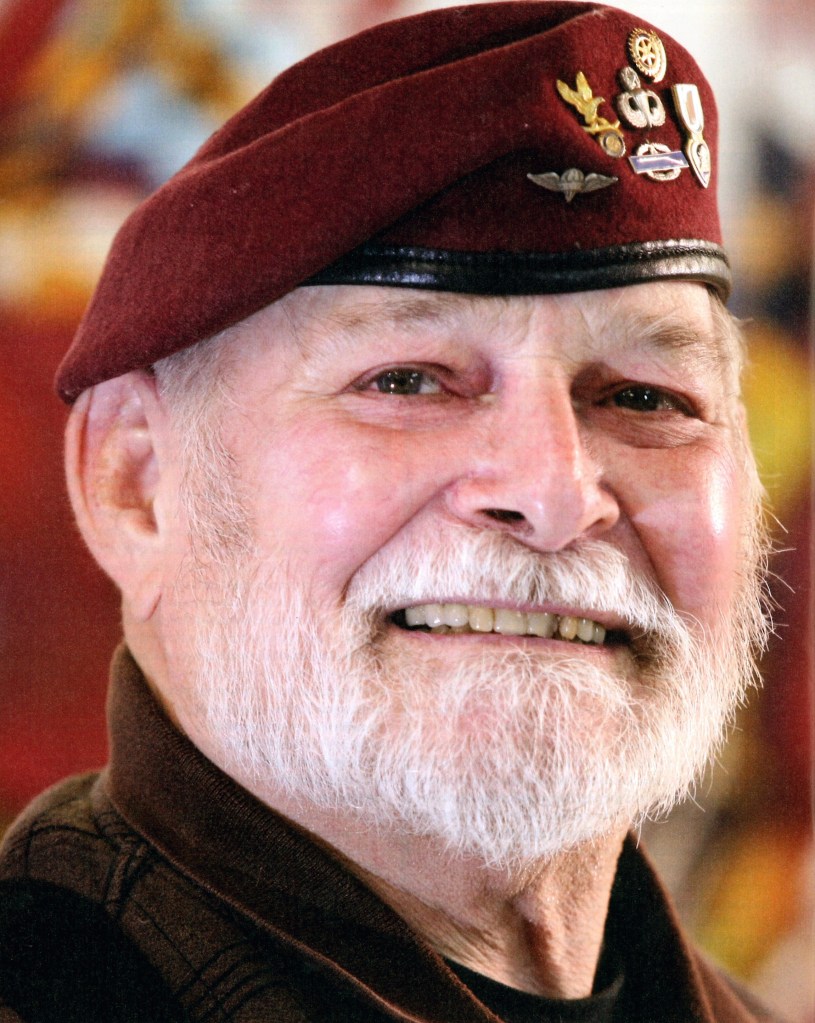 He is survived by his wife of 38 years, Pat, and family of four children and six grandchildren, including Joellen Eure and her son D.J. Gandy and his wife Taryn; Dr. Bennie Jarvis and husband Dr. David Jarvis and their children Will, Glenn and Faith; Benajah Glenn Eure; and Mary Shea and her husband Ken Shea and their sons Kyle and Sammy Glenn; and by his children’s mother Bennie Lamm Eure.

The owner of Glenn Eure’s Ghost Fleet Gallery in Nags Head was a familiar figure around the Outer Banks – at coffee shops, restaurants and community gatherings, always friendly and always quick with a compliment or corny joke. He loved people and when in a restaurant looked around for a person alone and bought their meal, asking that the person not be told who did it.

His offbeat sense of humor and gift of gab were legendary. And, over the years, many an Outer Banks local or visitor has been bestowed with his favorite gift – a sketch of a beached boat, their name inscribed on the bow. The sketches were warmly known as the Eure “limited unlimited edition.”

Eure was an artist who could work in virtually any medium and a person dedicated to giving and lifting the spirit of each person he met.

He loved his country and retired from 23 years in the U.S. Army as a major, during which he served two combat tours each in Korea and Vietnam. He served in many capacities from forward observer in Korea, the soldier who goes out ahead of the units getting as close to enemy lines as possible, to commanding an American artillery battery that was part of the Australian Artillery Regiment in Vietnam. He was a member of VFW, the Hawaii Chapter of the Korean War Veterans Association, and MOAA Military Officers Association of America. Among his military honors are the Second Award of the Combat Infantry Badge, the Air Medal, a Purple Heart and a Vietnamese Metal of Honor.

Born on the island of Oahu in the then territory of Hawaii of Portuguese ancestry, he was at age 11 among those evacuated to the mainland after the attack on Pearl Harbor.

After retirement from the Army, he earned his BFA from East Carolina University with a major in fine arts printmaking and minors in painting and sculpture. He opened his first gallery in 1975 in a small shopping center complex, designing and building the current Ghost Fleet Gallery where his work is showcased, including collagraphs, woodcuts, etchings, watercolor, sculptural oil canvases, and relief carvings – on themes from abstract to nautical.

Over the years, his gallery also featured exhibitions of guest artists, both emerging and accomplished, and provided a forum for community art events and literary presentation.

He was a long-time Rotarian. He was recipient of the “Service Above Self” Award by Rotary International, which is presented annually to only 50 out of two million Rotarians worldwide. He was awarded the Order of the Long Leaf Pine by the Governor of the State of North Carolina, the highest civilian distinction in the State. He has been honored by the Town of Nags Head as “Keeper of the Light.” And in 2010 at the Land of Beginning Festival, he was proclaimed an Outer Banks “Living Legend.”

A parishioner at Holy Redeemer Catholic Church, at age 78 he completed carving the nearly life-sized 14 Stations of the Cross as his gift to the Parish. He was a Knight of Columbus Annunciata Council 8759.

Eure also created the concept and design for the Monument to a Century of Flight behind the Visitors Center in Kitty Hawk and was one of the designers and builders of that tribute to flight. He was a co-founder of Icarus International, an organization that celebrated the beauty and mystery of flight and the soaring of the human spirit, and a former member of the board of the First Flight Society.

The “larger than life” Glenn Eure has been described as having the energy of a locomotive and a whale-sized imagination and heart to match. During his life, he touched many other lives, and that is his real legacy.

A Mass of the Resurrection will be celebrated on Friday, September 14, 2018, at 11 a.m. at Holy Redeemer by the Sea Catholic Church by the Rev. Dr. William F. Walsh, osfs. Military honors will follow. Following the mass, the family will receive friends and relatives in the parish hall for a reception provided by the Ladies by the Sea.

In lieu of flowers, memorial donations may be made to the Glenn Eure Endowment for Arts Education through the Outer Banks Community Foundation, 13 Skyline Road, Southern Shores, NC 27949.