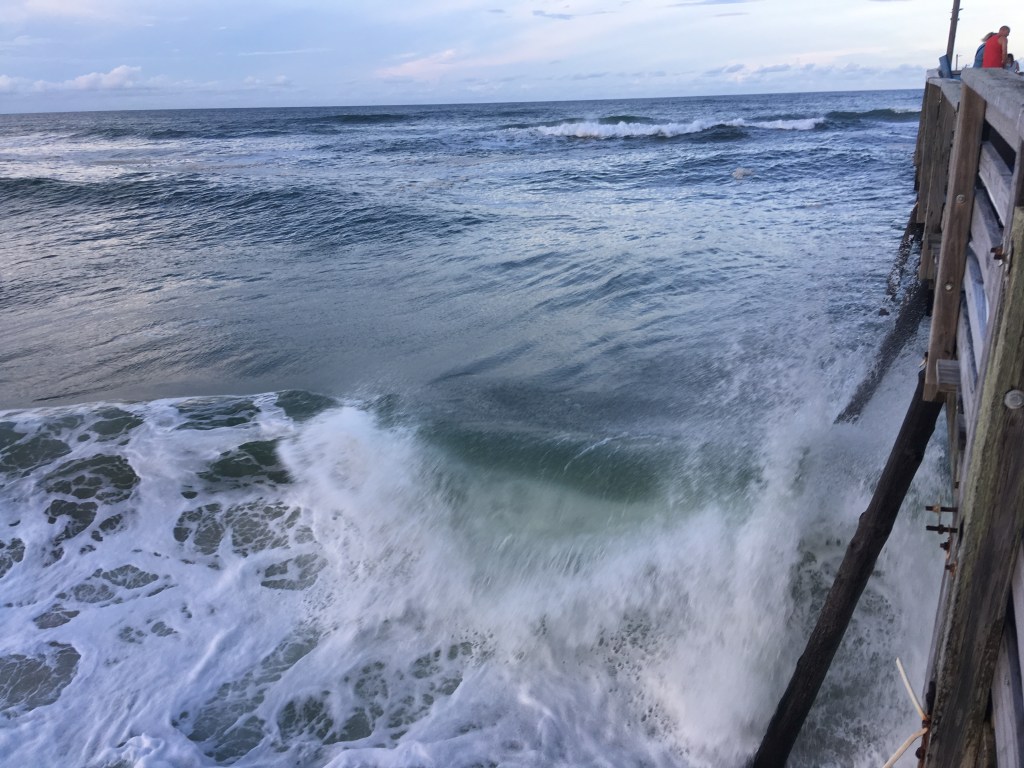 A storm surge watch means there is a possibility of life-threatening inundation from rising water moving inland from the coastline in the indicated locations during the next 48 hours.

A hurricane watch means that hurricane conditions are possible within the watch area. A watch is typically issued 48 hours before the anticipated first occurrence of tropical-storm-force winds, conditions that make outside preparations difficult or dangerous.

The watches included the Albemarle and Pamlico sounds.

Florence remained a category 4 hurricane Tuesday morning with maximum sustained winds of 140 mph, and was moving west-northwestward with a slight increase in forward speed are expected during the next couple of days.

On the forecast track, the center of Florence is expected to approach the coast of  North Carolina or South Carolina on Thursday.

“Some strengthening is expected during the next day or so, and Florence is expected to be an extremely dangerous major hurricane through Thursday night,” the National Hurricane Center said.

Storm surges for the watch areas ranged from two to 12 feet, with the deepest water forecast to occur in areas of onshore winds.

The surge in those areas will be accompanied by large and destructive waves.

Florence is also expected to produce total rainfall accumulations of 15 to 20 inches with isolated maxima to 30 inches near Florence’s track over portions of North Carolina, Virginia, and northern South Carolina through Saturday. This rainfall may produce life-threatening flash flooding.