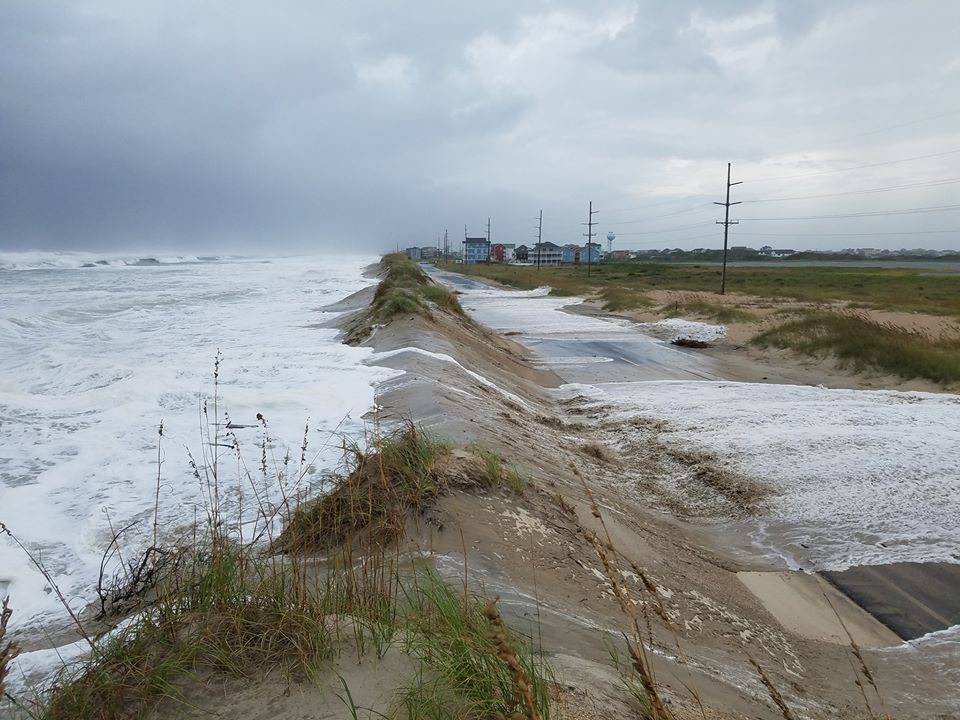 Hurricane Florence weakened again as she threatened the coast late Thursday, dropping to a Category 1 storm with sustained winds of 90 mph. But the National Weather Service cautions that wind isn’t the main worry.

On Hatteras Island, the Atlantic Ocean breached sand dunes early in the day Thursday, overwashing NC 12, which is closed in both directions at Bonner Bridge until further notice.

Hatteras and Ocracoke also endured a night of heavy rain and tornado warnings, though it appears no twister ever made landfall.

All of Dare County remained under a hurricane and storm surge warnings late Thursday, as well as a tornado watch. Heavy wind and rain are expected to continue overnight and into the day Friday.