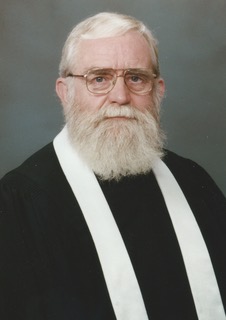 Scott William Sukeforth, 72, of Engelhard, passed away early Thursday morning at his home and is now rejoicing with his heavenly Father.

Born in Augusta, Maine, Dec. 14, 1945, he was the son of the late Harvey A. and Marion H. Sukeforth.  He was married to Edna Harris Sukeforth on Dec. 12, 1993. He was a loving and devoted, husband, father, grandfather andfriend to all. He loved his Lord with all his heart.

In the 1960s, he served in the United States Navy for four years. He worked in the tire business for many years in Virginia. Later he moved to Engelhard and opened his own tire business, “PeggyBears”He worked in the businessfor 15 years. After retiring from this business, he pastored at the Engelhard Christian Church D.O.C. for 20 years. He startedthe first bible study at the Hyde County Correctional Institute and continued it until his health deteriorated. He was active in his community serving on several boards and organizations including Engelhard Development Corporation, Cross Creek Advocacy Board, SHIPP volunteer, and Chaplin at Vidant Medical Center in Greenville. His favorite pastimes included spending time with his beautiful wife, children andgrandchildren, serving his church, and visiting with friends where he often shared his love for the Lord.

Funeral Services will be heldat 3 p.m., Tuesday at the Engelhard Christian Church D.O.C. on Lazy Lane in Engelhard. The Rev. Doug Stokes, Pastor George Daniels, and his “brother” Donald Osborne will officiate.

He was preceded in death by wife, Peggy Riggins Sukeforth, four brothers, and two sisters.

The family received friends on Monday from 6-8 p.m. at the Engelhard Christian Church and other times at the home.