Fishing cranking up after Florence 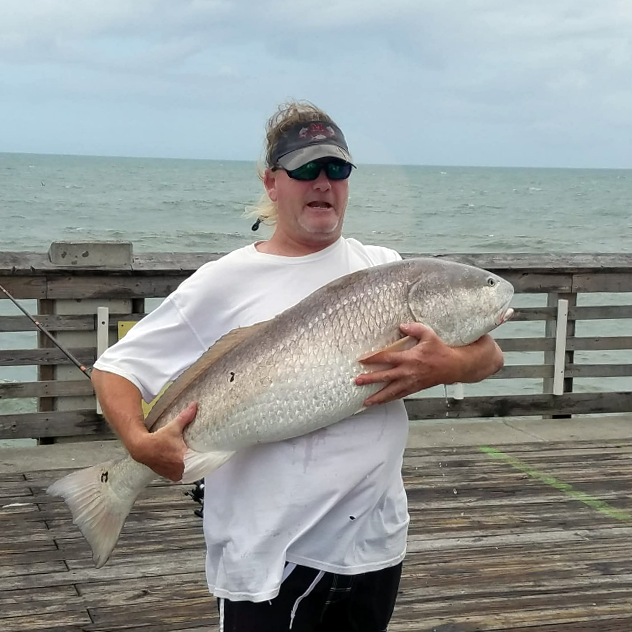 Hurricane Florence made its presence known along the Outer Banks last week causing ocean over wash, flooding roads and damaging oceanfront structures including the main ramp to Rodanthe Pier.

No one was answering the phone there Sunday morning but an online video showed the ramp washing away in angry surf.

Out of respect to the people of Hatteras Island who were impacted by the storm, we’ll catch up with them next time around.

On the northern beaches, all five ocean fishing piers survived with minimal damages and various bull red drum were caught and released in the days that followed the brush with Florence.

At Avalon in Kill Devil Hills, anglers were catching large red drum on the end while others enjoyed pier house parties Friday and Saturday nights, according to counter man Ron Warren.

“We were getting three or four every night in the forties,” Warren said Sunday morning. “Today, they released a 32-inch yearling.

“Yesterday, there were all the speckled trout you wanted but all were 10 or 12 inches – at least they still like the water!” he jested. Avalon Pier’s hours are 6 a.m. to “roughly” midnight this time of year, Warren added.

Up at Kitty Hawk Pier, Lauren Bradshaw said the Hilton hotel and pier made it through “Flo” just fine.

“Everything is good, yes sir!” she said.

At Jennette’s Pier in Nags Head, anglers were back fishing Monday and one large red drum was landed and released along with small speckled trout and one “nice” spot, reported Chico Jones.

On Sunday, anglers picked up eight bull red drum. In addition, one baby black drum and more short speckled trout were caught. There were also finger mullet were everywhere.

Jennette’s Pier is open from 6 a.m. to midnight in September.

At Outer Banks Pier in south Nags Head Sunday morning, they were back to business.

“We’re fine, a few people have caught drum,” Warren Jones reported. “We didn’t have any damage, we were lucky.” Their bar that sits on a platform over the beach and ocean, was set to reopen Monday.

Nags Head Pier was open for fishing Monday morning but they were still dealing with setting everything back to normal in the pier house.