Florence near miss: ‘A matter of 50 miles’ 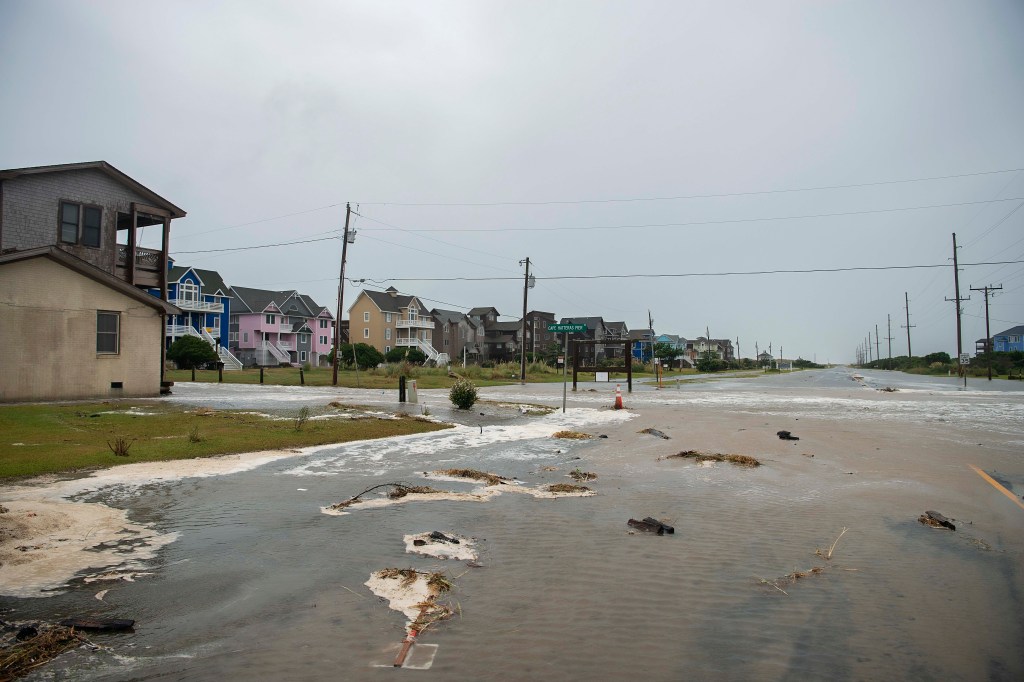 The Atlantic washes over oceanfront neighborhoods and onto NC 12 on Hatteras Island ahead of Hurricane Florence. Dare County authorities say it was a near miss. Photo by Jenni Koontz/Epic Shutter Photography

Dare County was spared the wrath of Hurricane Florence.

“It was a matter of 50 miles to the right,” Dare Emergency Management Director Drew Pearson reported at Monday’s board of commissioners meeting.

“I think we were ready,” said Outten. “It went very smoothly for us.”

It went smoothly because Dare County departments work throughout the year on disaster response. “It’s a career of work that makes that happen,” said Outten.

Woodard highlighted the work of various segments of the county government.

“I have confidence in all our deputies,” commissioner Danny Couch said. Deputies also engaged in humanitarian efforts and, said Couch, showed what “protect and serve” means.

Some 13 health and human services workers staffed the phones at the Emergency Operations Center 10 hours a day.

Woodward said each hurricane is different but similar. Different in path and strength. Similar in destroying and uprooting.

Heavy on all minds at the meeting was the destruction in southeastern North Carolina brought by Hurricane Florence.
Watermen are helping Down East in Carteret County.

On Tuesday, seven Hatteras Islanders in four trucks with two trailers arrived in Down East and were directed to badly hit David.

From Ocracoke, watermen have made seven total trips to Down East by boat.