Student population has grown in Dare 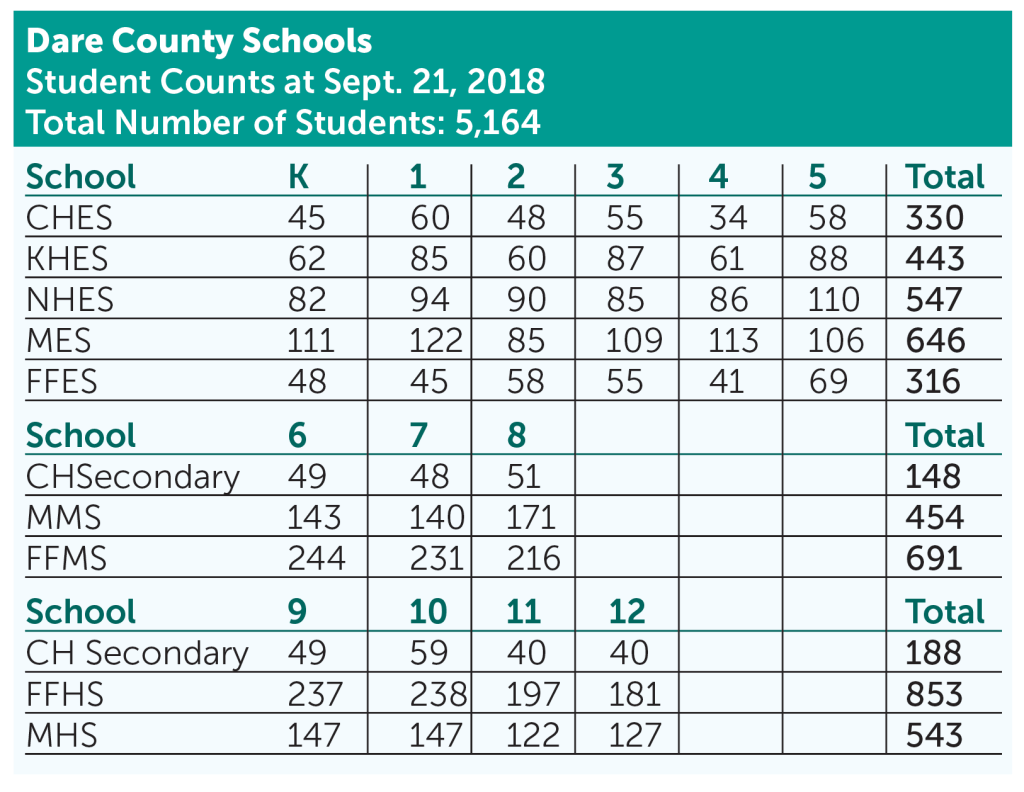 Dare Superintendent John Farrelly told the county’s school board that 45 new teachers were hired for the start of the new term. Also in place are new coaches for school leaders and professional learning programs for assistant principals and teachers.

The board was told to expect a “safety” report in October or November. The report/program was developed over eight months and involves law enforcement and fire department partners.

The superintendent told the board that the central office staff was reorganized. At the start of the meeting, new central office workers were introduced. Candy W. Tilley is the new Chief Financial Officer, Johanna Parker is serving as the system’s first Director of Innovation and Paul Marshall is Director of School Performance.

Farrelly told the board that the reorganization saved money. According to the system’s website, central office personnel members number 33.

The system is continuing its digital initiative. In kindergarten through second grade, some new electronic equipment is available for student use. Farrelly warned that next year high school lap tops will need to be refreshed.

Public meetings, one in each district, are also scheduled. The first one is Oct. 23 at First Flight High School.

Look for more surveys. Currently, at least 2,000 students have filled out a survey. Alumni will also be surveyed.

The superintendent is committing to attending one PTA/PTO meeting at each school.

He reported that the discrepancy between the two schools is in the salary scales and variables in staffing.

Farrelly also revealed that Cape Hatteras Elementary’s second grade classrooms could not meet the state-required teacher-student ratio. North Carolina only has class size mandates for kindergarten through third grade. Under current law, the system’s average is one teacher for 20 students with a maximum of one teacher for 23 students. On Sept. 21, Cape Hatteras Elementary had 48 students in second grade and two planned classrooms.

The Dare County Board of Education meeting was held at First Flight Middle School on Wednesday, Sept. 26. A group of stringed instrument students provided music for early attendees.