You Decide: Why Do We Take Risks? 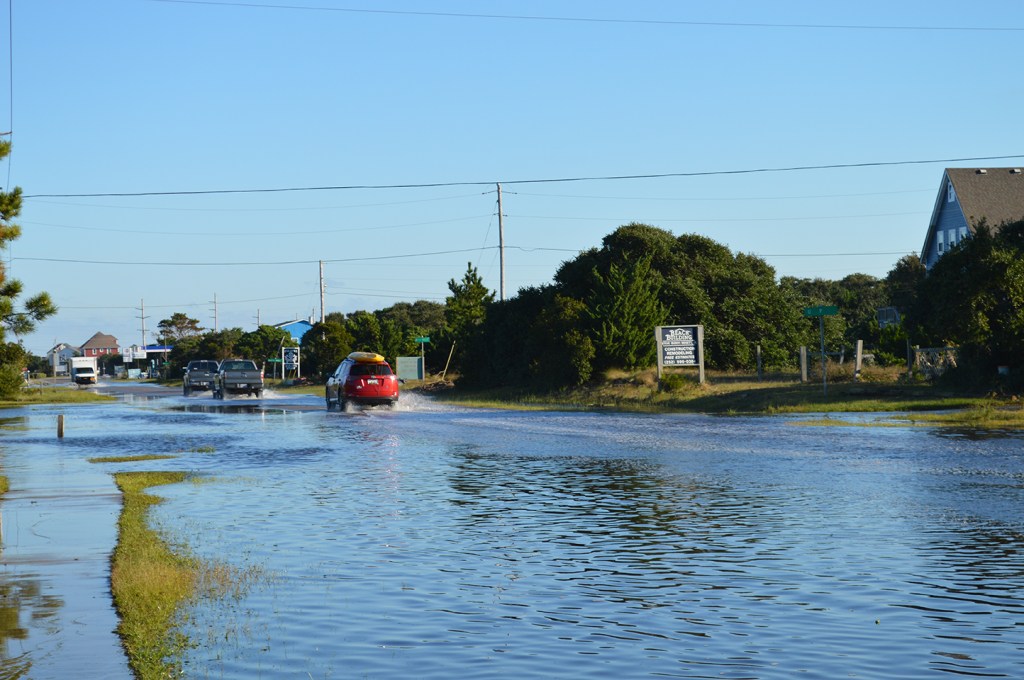 In the aftermath of hurricane season, I’ve been thinking a lot about risk. Indeed, many people are. I have friends who are second-guessing their decisions to move to the coast after retiring.  Others are questioning why development is allowed in storm-prone beaches and barrier islands.

To help think about these questions, it’s useful to step back and consider the concept of risk. Risk indicates an inability to perfectly predict the future, especially bad outcomes. For example, people who move to the North Carolina coast know hurricanes periodically happen. But they don’t know exactly when, where and the storms’ intensities.

Risk doesn’t just apply to dramatic weather events like hurricanes, tornadoes and earthquakes. We face a multitude of risks every day – in driving, crossing streets, being exposed to germs and many others.

One approach to risk is to avoid it. Yet for many risks, this isn’t practical. Most of us use some form of transportation daily and are therefore exposed to the possibility of accidents. We also pass through public areas where many germs reside.

Still, we can take common sense precautions for some of the risks we can’t avoid. In driving – pay attention, don’t text and watch other vehicles. For crossing streets – obey “don’t walk” signs and make eye contact with drivers. And to minimize contact to germs, frequently wash your hands (my wife says to wash hands for as long as it takes to sing “Happy Birthday” twice).

For big risks – like living in a region where hurricanes could hit, or investing in the stock market – why do we expose ourselves to them at all? The answer is simple – there’s a potential upside to taking the risk. Owning a beach home provides pleasure, fun and financial awards if storms don’t strike. Likewise, money invested in the stock market usually beats all other investment earnings as long as the market doesn’t crash.

So there’s a tradeoff between risk and reward. To get a chance at a higher reward, like investment returns or ocean views, we often have to take more risk.

Each person doesn’t evaluate the risk-reward tradeoff in the same way. Some people are “risk-averse” – meaning no matter the potential reward, they don’t want to take the risk. My late mother was like this. Having grown up during the Great Depression of the 1930s, she was always fearful and suspicious of the stock market and never invested a penny in it.

On the other side of the spectrum are “risk-taking” people who take a chance and expect to be rewarded. Although they don’t always win, these folks are vital to our economy. They’re often the inventors, innovators and creative people who push our economy to higher levels, even with many shortfalls along the way.

There are two common ways for people to manage risk. One is through diversification. This strategy – most often observed in investing – involves balancing risky assets with safe assets.   The notion is that if the risky assets drop, gains in the safe assets will offset some – or maybe even all – of the losses. In investing, this means combining more risky stock and commodity investments with less risky bond and cash assets.

A second risk management technique is insurance. This strategy works best when many people face the same risk, but none know exactly who will be safe and who won’t.

In this situation, it makes sense for each person to contribute a relatively small amount of money into a common fund. The money in the common fund is then paid to whomever suffers from the risk.

Insurance is commonly used for protecting property – like structures and vehicles – and insurance will be widely used to help recover from hurricanes. But beware. The amount people pay into the common fund – called the premium – is based on the chance of the risky event occurring. When a risky event – such as a hurricane – does happen, those probabilities for the risky event are re-evaluated, and they are often increased. This process then results in higher insurance premiums.

Risk is part of life. Our lives would not be as interesting or full unless at least some people accepted taking risk. Each of us has to evaluate how much risk we’re willing to take, and how to manage that risk. With hurricane season fresh in our minds, this may be the perfect time to think about these questions. You decide!

Walden is a William Neal Reynolds Distinguished Professor and Extension Economist in the Department of Agricultural and Resource Economics at North Carolina State University who teaches and writes on personal finance, economic outlook and public policy.