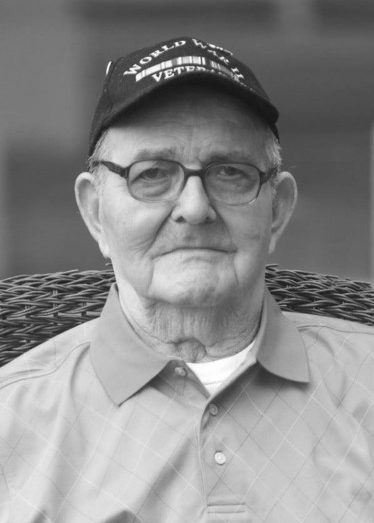 Charles “Tom” Thomas White Sr., 95, passed away peacefully at his home in Camden surrounded by his family on Saturday, October 20. He was born December 29, 1922 in Newland to the late Mordecia White and Olive Jackson White.

Tom White was a Staff Sargent in the US Army and a proud veteran of World War II who fought during the Normandy invasion, at the Battle of Saint Lo and also in the Battle of the Bulge. After the war he returned to Elizabeth City and went in business as owner and operator of Midway Service Station at the foot of the Camden bridge for over 45 years.  Tom was a lifetime member of the William Clarence Jackson VFW Post #6060.

A funeral service was be held at 2 p.m. on Tuesday, October 23 at Twiford Memorial Chapel with the Rev. Marc O’Neal officiating.  Burial followed in Memory Gardens Cemetery with military honors provided by the US Army and the William Clarence Jackson VFW Post #6060. The family is gathering at 176 Country Club Road in Camden.   Twiford Funeral Home, 405 E. Church Street, Elizabeth City, NC is assisting the White family.  Online memorial condolences may be sent to the family at www.TwifordFH.com.