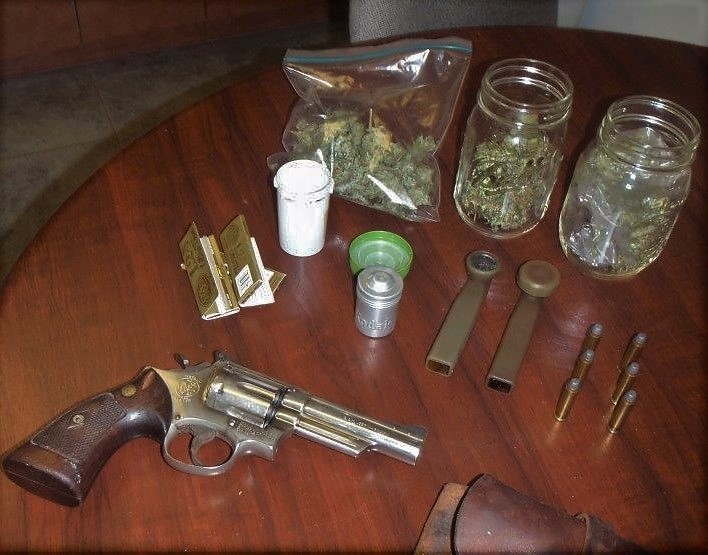 Tyrrell deputies seized these drugs, paraphernalia and loaded handgun from a motorist on U.S. 64 east of Columbia on Oct. 23. (TCSO photo)

At 6 p.m. on Oct. 23, a Tyrrell County sheriff’s deputy officer stopped a vehicle for speeding 72 miles per hour in a 55 mph zone on U.S. 64 east of Columbia, reported Sheriff Darryl Liverman.

Upon approaching the vehicle, the deputy smelled the odor of marijuana coming from the vehicle. A search of the vehicle was conducted and deputies found a loaded .357 magnum handgun, 9.0 grams of marijuana in three containers and drug paraphernalia.

As a result, the items were seized and George F. Warwick, 64, of Sanford was arrested and charged with felony possession of marijuana with intent to sell and deliver, carrying a concealed weapon and possession of drug paraphernalia.