According to information from the Kill Devil Hills Police Department, at approximately 10:30 p.m. on the night of Friday, November 2, a fight broke out between a 15-year-old male and a 19-year-old male at a small party on Burns Drive in Kill Devil Hills. The 19-year-old was stabbed multiple times and hospitalized with life threatening abdominal injuries. Dare County EMS and the Kill Devil Hills Fire Department arrived and provided medical assistance to stabilize the victim. The victim was ultimately transported to Norfolk Sentara for further treatment. An update on his condition is not available as of Monday morning.

The suspect was transported to Greenville to Pitt Regional Juvenile Center after detectives obtained a secured custody order. In North Carolina, persons under the age of 16 are considered juveniles and cannot be placed in custody without the order of judge or magistrate. Juveniles are charged under a “juvenile petition” rather than arrested by warrant. The juvenile system differs considerably from the adult system and a chart showing the path a juvenile may take through the court system is included here for reference. 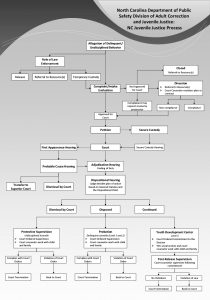 Alcohol was present at the party. The initial investigation has determined that the fight between the males started with a dispute over ownership of a vaping device. The individuals were acquainted with each other prior to the fight.

As the suspect is a juvenile, no photos or other information may be released.