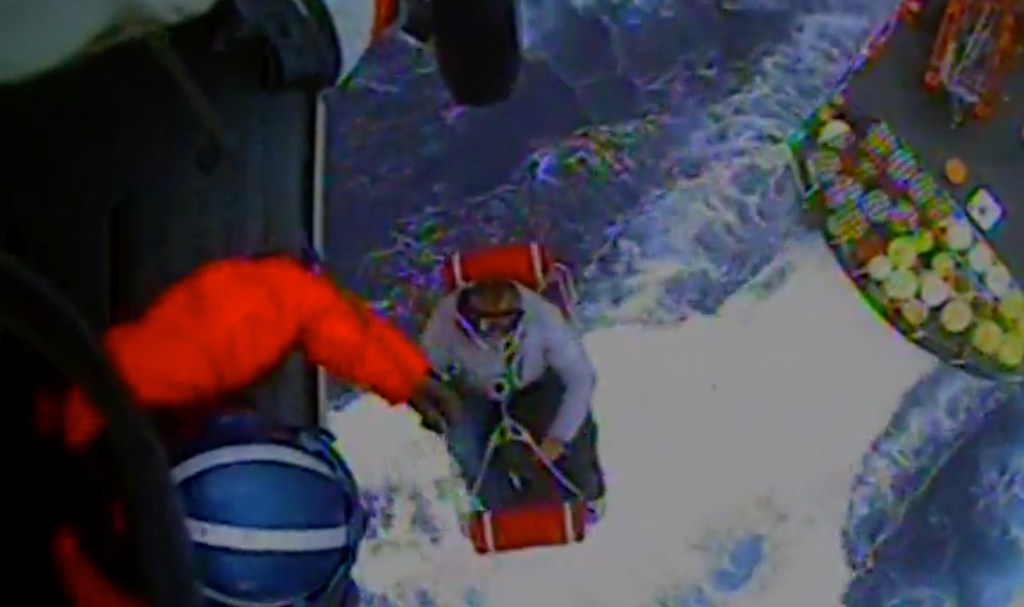 Command Center personnel also received a call from a ham radio operator with the Maritime Mobile Service Network in Inverness, Florida, who established a direct connection between the watchstanders and the Marie Elena’s crew via HF radio.

The operator of the Marie Elena requested a medevac of his ailing crewman.

Due to the sailboat’s distance offshore, command center personnel directed the vessel’s operator to head toward Cape Hatteras, then redirected the crew of Coast Guard Cutter Spencer, who was underway near the Virginia-North Carolina border. Watchstanders also contacted the captain of the nearby cargo ship Rolldock Sky, who agreed to close the 40-mile gap and assist the ailing mariner.

Due to rough seas, the Rolldock Sky’s crew could not safely conduct a medevac, so the Marie Elena’s operator continued heading ashore.

The crew of the Spencer rendezvoused with the sailboat at about 7:30 a.m. Saturday, launched a small boat crew and transported the man aboard the cutter.

An MH-60 Jayhawk helicopter crew and an HC-130 Hercules airplane crew from Air Station Elizabeth City launched at around 8:30 a.m. The Jayhawk crew hoisted the man from the Spencer and transported him to Sentara Norfolk General Hospital in Norfolk.

“The fact that the EPIRB and PLB were registered and utilized properly allowed us to hone in on the sailboat’s location,” said Petty Officer 1st Class Travis Unser, the search and rescue coordinator for the case. “The assistance we received from the ham radio operator was crucial in helping us communicate with the vessel’s crew.”