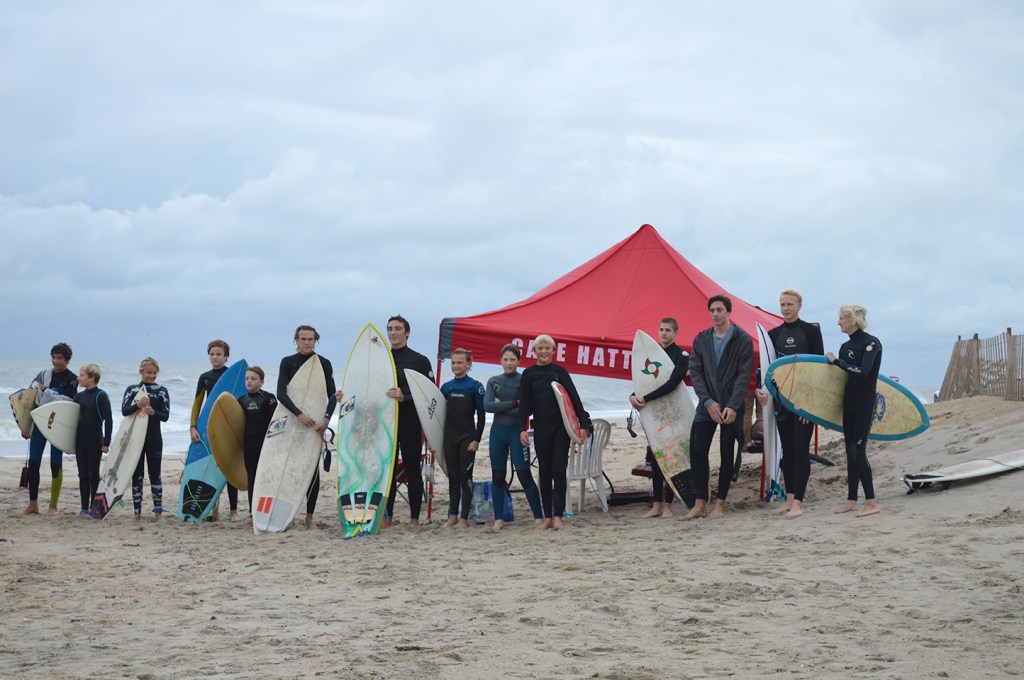 The surf contest held at Rodanthe Public Beach Access on the morning of Nov. 10 was a long time in the works for Cape Hatteras Secondary School’s Surf Club.

One of the first goals since the start of the surf club was to hold a contest for our students to participate in and represent their school for its unique location and skill sets.

We have many talented surfers and watermen and women on the island and the surf club was able to showcase 15 of them at the surf contest this weekend.

The most difficult part about planning a contest is finding a day that suits best for the majority and leaving wave conditions up to chance as that date is locked in before the forecast is visible.

It is unfortunate that every surf club member could not be present, but the event was a huge success in showing community support and breaking the ice for future contests.

The surf club would like to thank everyone who was involved and participated in the contest and especially to the judges: Elwood Westcoat, Fred James, Pat O’Neal, Jason Heilig, Cody Harrell and Jim Hagy.

The contest was held in tricky conditions with a three-foot east northeast swell direction and blowing northwest at 10 to20 miles per hour.

That did not stop Surf Club contestants from giving it their all and having a great time doing it. We started with the high school division quarter finals before moving into the middle school quarter finals. The high tide was peaking during the quarter finals, making for the hardest conditions of the day. The winner of each quarter final heat advanced straight to the final in their division, leading us into the semi finals.

As the tide started to drop out, the waves showed a little more potential and our surfers continued to put on a show.

Most of the surfers were messing around in the shorebreak while they weren’t surfing a heat and the spectators were staying warm and lending assistance whenever needed. It was amazing to see all of the support and positivity.

The winners of Heat 5 and 6 of the High School Semi Finals advanced to the finals, and the top two of Heat 7 advanced to the Middle School Finals. The finals were a nail biter as all surfers were in their second or third heat now. The finals heat was extended from 15 minutes to 20.

For every heat, the surfers were scored by three judges on each wave and the average of their two best waves were added for each judge to give a point total score which determined the ranking.

After the finals were concluded, prizes were announced and given to all surfers and the surf club packed up to enjoy the rest of the weekend. Thanks again to everyone who came out and participated, supported and volunteered time and effort to make this event a success.