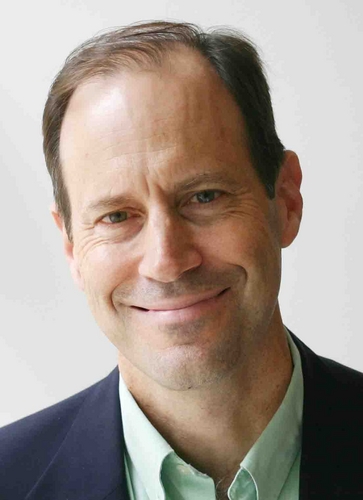 The 2018 election is finally and mercifully over and now is no time for progressives to rest on their laurels. Having taken some promising initial steps in the struggle to overcome Trumpism and build a better, fairer, freer and more sustainable nation and planet, now is the time for caring and thinking people to redouble their efforts and turn their electoral energy toward the cause of governance.

Here in North Carolina, this will remain an enormous challenge. Despite important progressive victories in several races, the state legislature and congressional delegation both remain absurdly and illegally gerrymandered and highly unrepresentative of the state’s closely divided and increasingly urban and diverse voter population. Despite being headed for victory in the combined popular vote in congressional and legislative races (the Democrats only ran candidates in 12 of 13 U.S. House races), North Carolina Democrats remain mired in minority status.

That said, last night’s results offer some significant glimmers of hope for the future.

#1 – The demise of the Republican supermajorities in the General Assembly should make a big difference.

Despite the election of a strong and talented progressive governor in Roy Cooper in 2016, conservative legislative leaders at the General Assembly – particularly Senate President Pro Tem Phil Berger – have enjoyed near dictatorial powers on a host of issues thanks to veto-proof majorities in both the House and the Senate.

This situation reached its nadir this past legislative session when Berger and House Speaker Tim Moore rammed through a 266 page state budget bill crafted behind closed doors without even allowing any proposed amendments.

Thanks to these results, this situation will almost certainly change. Now that Democrats will be able to sustain a Cooper veto in the House (and likely the Senate as well), Republicans will be forced to negotiate and compromise on some important issues.

#2 – The defeat of two power-shifting constitutional amendments is another major defeat for Berger and Moore.

Ever since Cooper was elected in 2016 (and even before he took office), Berger and Moore have repeatedly advanced schemes to seize power from the Governor and transfer it to themselves – particularly with respect to the composition of the courts and the state elections board. The whole thing descended into near tragicomedy this summer when the two slapped a pair of convoluted power-shifting amendments onto the state ballot during the waning days of the legislative session and then, after they were struck down as unconstitutional, hastily rewrote them during a one-day special session just days before the start of absentee voting. Let’s fervently hope that last night’s resounding “hell no” from voters across the state puts an end to such mischief-making for the foreseeable future.

#3 – The special lame duck session scheduled for later this month could be a real donnybrook.

Voters may have rendered an unambiguous thumbs-down on the Berger-Moore supermajority control of state government last night, but, of course, the new General Assembly doesn’t take office until January. In the meantime, look for the pair to try and press their current advantage to the limit until the very last minute.

That means the special session scheduled for November 27 will almost certainly feature efforts to pass a host of new laws to lock in conservative hegemony – perhaps, most notably, a highly restrictive voter ID law in the wake of the passage of the voter ID amendment yesterday – that will be impossible to pass come January.

Two years ago, when Berger and Moore tried such a power play, thousands of citizens rallied inside and outside of the Legislative Building in spirited resistance. Such a grassroots effort seems likely to be necessary once again in just a few weeks.

It’s hard to imagine a more inspiring and important victory for progressives than voters’ selection of Anita Earls to an eight-year term on the state Supreme Court. Not only will North Carolinians enjoy the benefits having a brilliant and highly skilled exponent of civil and human rights, civil liberties and societal equality on the state’s highest court, the victory provides for a five-to-two Democratic court majority. This, in turn, forecloses the possibility that Berger and Moore could attempt to seize control of the Supreme Court through the passage of a lame duck session court packing law that would add two new GOP justices to the court.

There is obviously a long list of important changes that will come about as the result of Democrats winning back control of the U.S. House of Representatives – not the least of which is the strong likelihood that investigations into the presidency and possible criminal behavior of President Donald Trump will get a lot more serious and soon.

From a more routine, day-today governance perspective, however, it should be noted that the shift boosts the profile of a lot of Democratic members who’ve languished in the minority for years, including two North Carolina veterans – David Price, who’s now on a path to become chairman of an important House Appropriations subcommittee and G.K. Butterfield who is set to become a higher profile member of the House Democratic leadership team. Both changes should prove beneficial to North Carolina.

You Decide: Can small towns make a comeback?