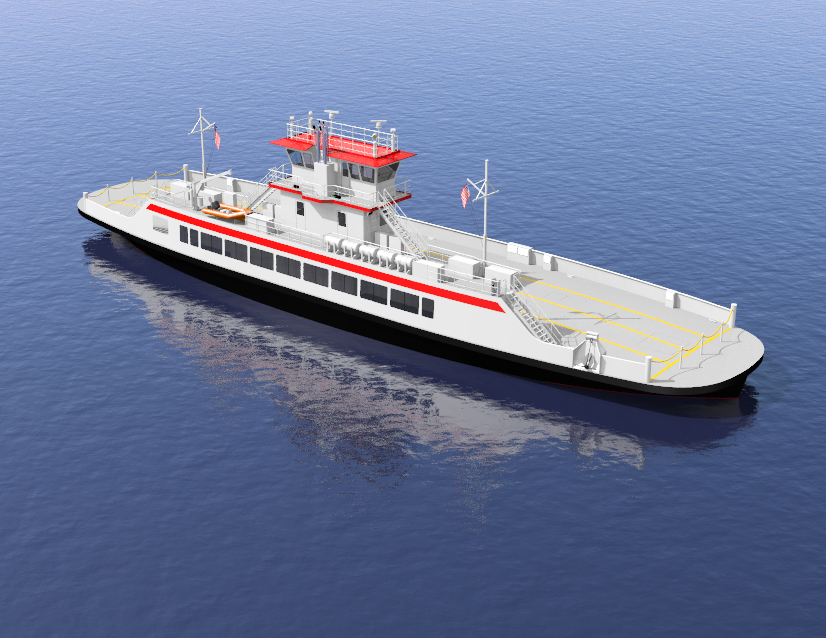 Artist rendering of the design of the new river-class ferries contracted by NCDOT.

The N.C. Department of Transportation’s Ferry Division has awarded a contract to Gulf Island Shipyards of Houma, Louisiana for the construction of two new river-class vehicle ferries.

The two ferries will cost a total of $22.85 million and will be paid for with money from the Ferry Division’s Vessel Replacement Fund.

The two new ferries, tentatively named the M/V Avon and the M/V Salvo, will carry 40 vehicles each and replace the smaller Hatteras-class ferries M/V Kinnakeet and the M/V Chicamacomico. The new ferries are scheduled to be delivered in 2020.

“These two new boats, along with the two others already under construction, will both increase our capacity and upgrade our technology,” said Ferry Division Director Harold Thomas. “The new ferries mark a major step in improving and modernizing the North Carolina Ferry System.”

The North Carolina Ferry System is the second-largest state-run ferry system in the United States, operating 21 boats on seven regular routes across five bodies of water.