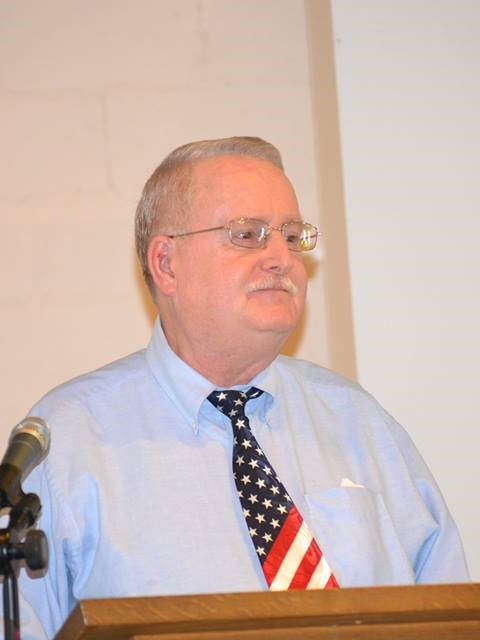 Kenneth A. McCrickard, age 68, passed into Eternal Glory on November 5, 2018 at Peak Resources in Nags Head, NC. He was born to Frederick and Roberta McCrickard on February 26, 1950 in Collinsville, Va., where he grew up and graduated from Fieldale-Collinsville High School in 1968.

In 1973 he met, pursued and won the heart of Sandra Stewart to the surprise of many who knew them. They welcomed Evelyn Louise into their world in 1978 and in 1979, Ken decided to attend Roanoke Bible College (now Mid-Atlantic Christian University). Warren Joseph was born in 1982 and Ken graduated Bible College in 1983.

Ken was the minister of four congregations during his career. He began his preaching ministry at Roanoke Acres Church of Christ in Manteo, NC in 1980. In 1982, he was called to minister at Parham Hills Christian Church in Richmond, Va., where he established himself as the minister who would stand in the gap for his congregation members.

In 2002, he oversaw the merger of Parham Hills with Westside Christian Church, creating United Christian Church where, in 2007, he celebrated 25 years of Richmond ministry.

In 2012, Ken retired and began a part time preaching position at his beloved Roanoke Acres in Manteo, where he and Sandy spent the last six years and ten months being loved on by the Wilson family.

Kenneth McCrickard was the epitome of standing in the gap. He sat in more hospital chairs and beside more hospital beds than can be counted. He spent hours in prayer in prison visiting rooms. He welcomed babies and watched them grow. He rejoiced welcoming the young and the not-so-young to be held by his arms as he immersed them in Jesus’ name. He performed innumerable weddings and counseled beloved church members during times of marriage crisis. He was the one you wanted when life was hard because he reminded you that God is Good. And he was definitely the man you wanted preaching over your loved ones as you went to meet Jesus face-to-face. “He will be missed” is an understatement.

Waiting for Ken in Heaven are his father and mother, Frederick and Roberta McCrickard, his father- and mother-in-love Carl and Louise Stewart, and his Uncle John Smith.

Ken is survived by his wife of forty-five years, Sandra Stewart McCrickard; by his beloved cats Cricket and Peanut; by his children Evelyn Louise Cronin (Jeff) and Warren Joseph (Rachel); by his adored grandchildren Ella Louise Cronin and Joseph Stone Cronin; by his big brother, Marshall McCrickard (Carol Sue), and his big sisters Cheryl Day (Alan) and Bernice Cuda; by his Aunt Evelyn Smith; his sister-in-love Carla Brackin (Michael); and numerous nieces and nephews.