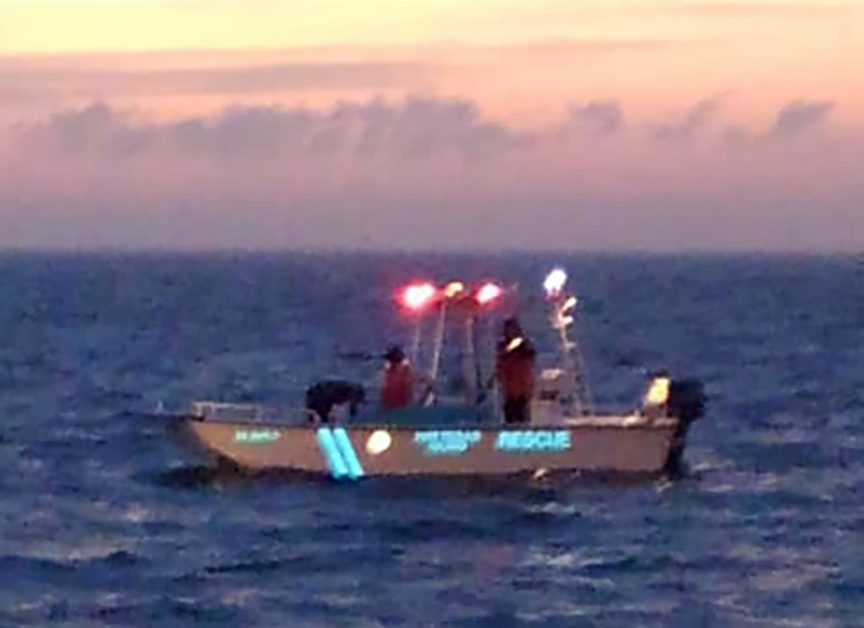 With assistance from National Park Service Law Enforcement Rangers, the man, a 75 year old from Canada, was spotted.

Squad members Ben Williams and Brandon Molenda piloted the squad’s skiff and located him about one mile from shore. The windsurfer was uninjured and returned to his family at the Haulover beach.

The windsurfer reported that his sail broke and that he had been paddling on his board for two hours, reports Hatteras Island Rescue Squad Chief Jack Scarborough.

The squad report states “thankfully the call came in as we had a little daylight left as it quickly got dark and foggy.” The call came around 4:30 p.m.

The Hatteras Island Rescue Squad also provides a Summer Beach Patrol from Avon to Hatteras and provides a weekly beach safety class at its station in Buxton.

In this year’s report, Scarborough reports over 97 lives were saved.

Additionally, the squad members contacted or assisted 5,400 people on the beach or in classes.

On the beach, the squad responded to 278 calls, with the majority of those calls coming between Memorial Day and Labor Day. “Our calls were up over 50 percent during that time,” writes Scarborough.

The Summer Beach Patrol program is funded solely through donations. The squad is a 501(c)(3) non-profit rescue organization.