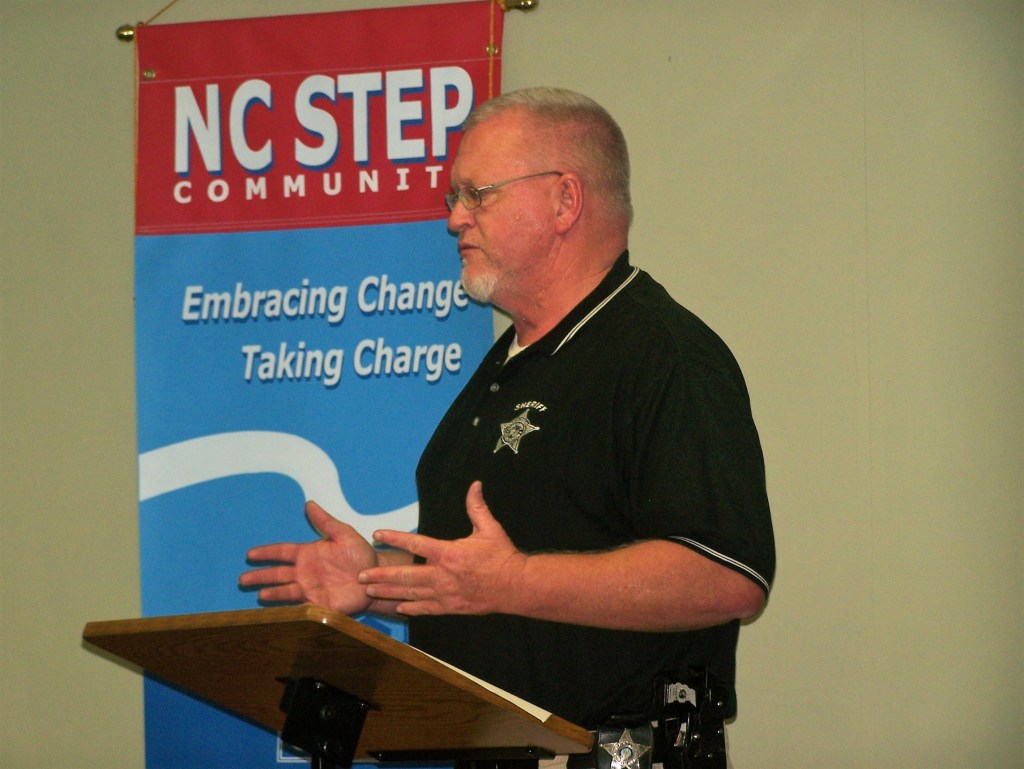 Sheriff Darryl Liverman gave his final report to Columbia aldermen in November and he thanked the local officials for their cooperation in making Columbia "safer than it was before." Ray McClees photo

The Tyrrell County Sheriff’s Office responded to 661 law enforcement calls inside Columbia during October, Sheriff Darryl Liverman reported to the town’s board of aldermen at their November meeting.

There were 573 such calls in September and 686 in August.

Ambulance calls inside the town were 17 in October, 20 in September and 18 in August.

Two fires were reported in Columbia in October, the same in September and three in August.

The sheriff reported calls about eight automobile accidents in town in October, two assaults, an attempted burglary, a burglary in progress, one child molesting, a fight in progress, four larcenies, one incident of shots fired, one suicide, 29 traffic stops, two trespassing and 11 vehicle unlocks.

Four citations were issued in the northwestern sector of the town, as divided by Broad Street and Scuppernong Drive.

In the northeast there were 11 investigations, six citations and one order for arrest served (for child non-support).

In the southeastern section there were two investigations and one citation issued.

Arrests made at the sheriff’s office included one criminal summons served for damage to real property, two orders for arrest served, both for failure to appear in court and two warrants served – one on two counts of cruelty to animals and one for misdemeanor possession of marijuana and drug paraphernalia.

Officers assigned to duty inside the town drove 2,950 miles during October.

Sheriff Liverman, in his final report to the board of aldermen before his retirement Dec. 3, thanked the elected officials, town manager, town attorney and town staff for their cooperation during his years in office.

“Columbia is a safer place today than it was when we began the enhanced law enforcement contract” several years ago, the sheriff said, and all agreed.