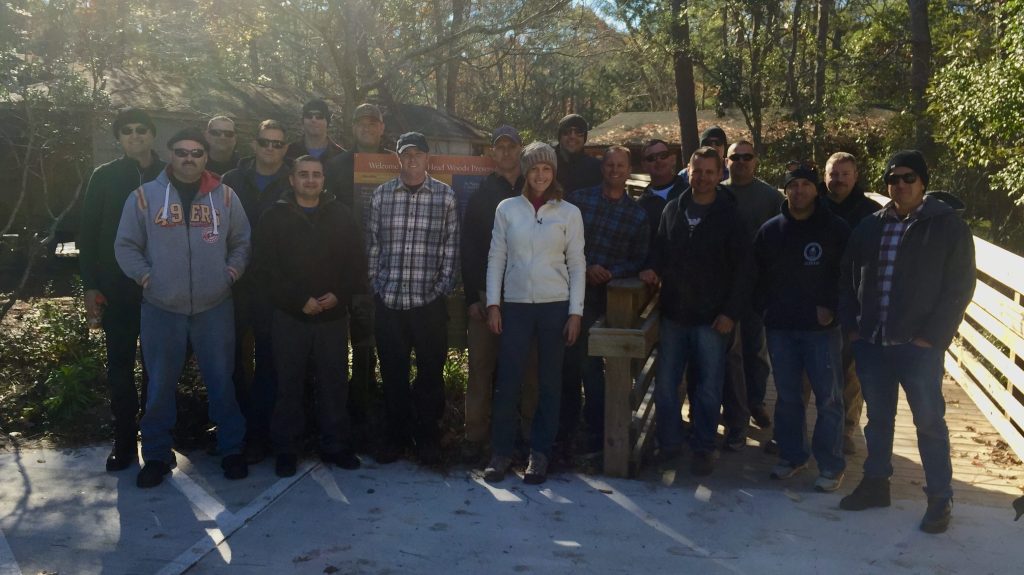 “These volunteers accomplished a whole lot in a very short period of time,” said Aaron McCall, who manages the preserve. “This was heavy construction work – clearing out debris, fixing the walkway and installing fencing. Without their work, it would have taken us a couple of weeks to get this done.”

The remnants of Hurricane Michael, which made landfall in Florida on October 10, caused extensive damage to the Dare County Preserve. Nags Head Woods has five miles of trails and almost of all of them received some level of damage during the storm.

“Having skilled volunteers join us makes a real difference,” said McCall. “We really appreciate the Coast Guard staff for spending a day hard at work.”

Nags Head Woods Preserve is The Nature Conservancy’s flagship preserve in North Carolina, offering more than five miles of trails through one of the East Coast’s largest remaining maritime forests. Thousands of people visit the preserve every year.