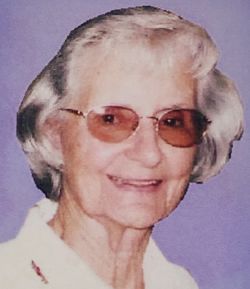 Kill Devil Hills – On December 11, 2018, Ms. Liz took flight from this world surrounded by her loving family.  Ms. Liz was born in Indianapolis, Indiana May 12, 1927.  She was the daughter of the late Hubert Denby and Anna Catherine Elizabeth Hays.  Liz was also predeceased by her husband Robert William Schaub.

Liz put herself through nursing school at Indiana University and raised three daughters alone, at a time when it was not common.  She worked at St. Francis Hospital in Indianapolis, until she moved to Virginia Beach, Virginia, to be closer to her beloved Dare County. After several years at Virginia Beach General Hospital, she was able to move to her home in Colington Harbour and worked for Dr. Harvey in Manteo until he retired.  She also worked at Albemarle Hospital in Elizabeth City part time. Liz began working at the Dare County Department of Health in 1974 and became a school nurse, where her caring and giving spirit thrived.  She was named Health Department Employee of the Year and Dare County Employee of the Year in 1995.

Liz attended Bethany Lutheran Church in Indianapolis, was a charter member of Outer Banks Presbyterian Church and had been a member of Colington United Methodist Church for the past 15 years.

In addition to her many years of public service, Liz was one of the first Crisis Line volunteers for Outer Banks Hotline and named Director Emeritus of Outer Banks Hotline in 2004.  After retiring in 1998, Liz volunteered for the Wings Program at First Flight Elementary School, as well as reading with students who needed a little extra help.  She also volunteered at Wright Brothers National Memorial, The Nature Conservancy Nags Head Woods and Interfaith Community Outreach.  Her giving spirit and love of community and nature was also felt by the many charitable organizations she gave to on a regular basis – Child Fund, Beach Food Pantry, NRDC, Greenpeace, IFAW and Zariki Nursery and Primary School in Tanzania. Lunch dates with friends, spending time with family, travel and working in the yard were some of the things that Liz most enjoyed.

A Celebration of Liz’s Life will be held in the near future. In lieu of flowers, the family suggests memorial donations in Liz’s honor be made to Outer Banks Crisis Hotline, PO Box 1490, Manteo, NC 27954, online at www.obhotline.org.